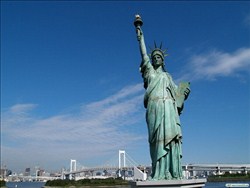 The US state Department imposed sanctions against two investigators from Surgut for the use of torture against members of the banned in Russia organization “Jehovah’s Witnesses”. The corresponding statement appeared on the Agency’s website.

The report States that the head of the Investigative Department of the TFR in the Surgut Vladimir Ermolaev and senior investigator Stephen weaver has been guilty of gross human rights violations, in particular torture. They and their close relatives is now forbidden entry into the United States. The state Department also called on Russia to stop its “unjust campaign” against “Jehovah’s Witnesses” and immediately release the more than 200 people.

In February it was reported that the Surgut seven followers of “Jehovah’s Witnesses” were tortured in the building of the Investigative Department. Members of the organization said that during the interrogation, they were forced to reveal the location of the meeting, the names of the elders and passwords from personal phones. The detainees refused to answer these questions voluntarily. After the withdrawal of duty lawyer law enforcers stripped the followers of the organization, tied their hands behind their backs with duct tape, doused them with water and began to torture. It is reported that the believers were beaten for several hours and used a Taser.