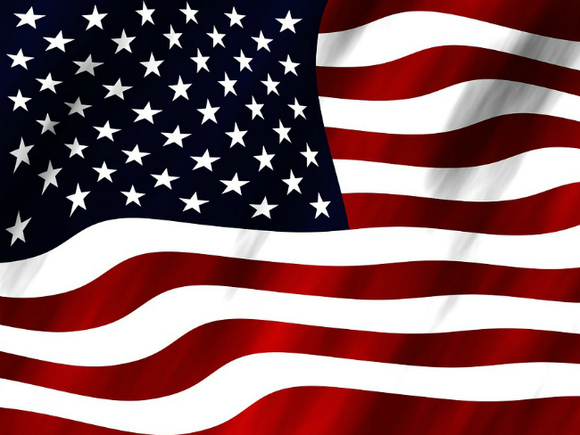 The second package of anti-Russian sanctions the United States in connection with the case Sripala will take effect from August 26. This follows from the formal notification of the US state Department circulated in the electronic database of the Federal register USA (collection of official documents of the us government), reports TASS.

This document will be published on August 26, after which the restrictive measures will start to operate.

The second package of U.S. sanctions against Russia, associated with the poisoning of ex-GRU Colonel Sergei Skripal and his daughter Julia, is the next act of provocation, which does not affect the development of Russia and growth of its influence in the world, said the head of the Duma Committee on international Affairs Leonid Slutsky. “None of the sanctions, none of the provocations will not be able to stop the progressive development of Russia, strengthening our economy, defence capability and influence in the international arena”, – said the Russian parliamentarian.

We are talking about the sanctions, the introduction of which was announced in early August, the White house and the state Department, not any additional restrictions beyond that.

Recall that in early August, the President of the United States Donald trump has signed a decree on the procedure of implementation of the provisions concerning restrictive measures against countries in violation of American law on the control of chemical and biological weapons and prohibiting its use from 1991. This law provides a legal basis for the introduction against Russia of the first package of sanctions in the case of Skrobala at the end of August 2018. Trump explained to the lawmakers that its order “requires the Minister of Finance in consultation with the Secretary of state to take the following actions in the event of the need for the imposition of sanctions described in the law on chemical weapons. In particular, we are talking about “impeding the process of granting loans, financial or technical assistance to that country by international financial institutions,” TASS reports.

Later the state Department announced that the second package of sanctions will include restrictions of debt financing of U.S. banks in the Russian currency.

In particular, the United States will oppose the granting of loans, financial or technical assistance from the international financial institutions such as the world Bank or the international monetary Fund and American banks will be allowed to participate in the primary market-rouble bonds of Russian sovereign debt and to provide non-Russian ruble loans to the Russian government.

On March 4 last year, former GRU Colonel Sergei Skripal, who was convicted in Russia for spying for the United Kingdom, and his daughter Julia were in the English city of Salisbury to combat effects of nerve agent family “Rookie”.

UK made a statement that Russia, with high probability involved in the incident. Moscow categorically rejected “all the speculation on this account”, specifying that programmes such substances neither in the USSR nor in Russia did not exist.

In the attack on Skrobala British authorities suspect the Russians, Aleksander Petrov, and Ruslan Bashirov. The Insider and Bellingcat found that their real names are Alexander and Anatoly Mishkin Chapiha, they work in the GRU. Later, the media reported on the third party poisoning – the GRU officer Denis Sergeev, who acted under the assumed name of Sergei Fedotov.

The first package of sanctions for poisoning Skrobala, the U.S. imposed 27 August 2018 under the U.S. control Act chemical and biological weapons and prohibiting its use from 1991. The package was relatively mild – the prohibition of the export to Russia products of military and dual-purpose (but with some exceptions), prohibition of procurement of arms from Russia.

In the sanctions law it was provided that, if within three months the offender does not fulfill the requirements of the United States (the guaranteed cessation of the use of chemical weapons with a permit international inspections), the President after consultation with Congress must impose additional sanctions.

Discussed the second package of sanctions included the threat of lowering the level of bilateral diplomatic relations or even the suspension, in fact the complete prohibition of any exports to Russia of American products with the exception of food, and imports United States Russian goods, including oil and oil products, denial of landing rights to U.S. aircraft for any airline, which is controlled by the Russian government, blocking Washington loans Moscow by international financial organizations.

The US administration had previously expressed the hope that by applying these restrictions, described by both sides as “draconian”, it still will not come. Now, however, Trump still had to apply some of these sanctions, as US intelligence agencies could not prove that Russia has stopped using chemical weapons.