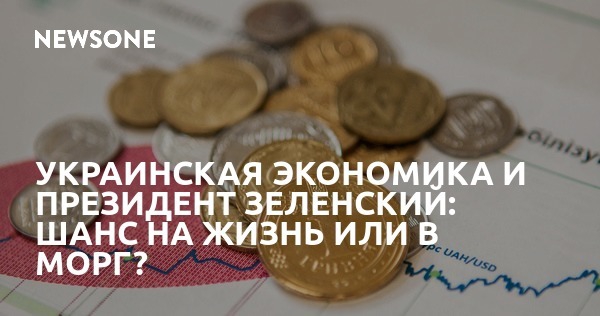 Sunday, November 3, following the new tradition of taking the decision at the weekend, the Cabinet of Ministers of Ukraine approved the draft state budget for 2020 for the second reading. On Tuesday, November 5, it will be submitted to Parliament

“Today we have adopted a draft budget for 2020 for the second reading, treating the conclusions of the Verkhovna Rada. Given the decision of the Council and the Commission on the allocation of funds for investment projects, the budget was passed with revision”, — quotes the Minister of Finance Oksana Markarova press-service of the government.

According to the Minister, it is important to quickly transfer the document to the Verkhovna Rada as an important dialogue with our colleagues in Parliament and the President.

The draft law “On state budget of Ukraine” for the year 2020 was submitted to Parliament on 15 October and adopted in the first reading on 18 October. The second reading of the government was to introduce a bill until November 2.

As warned Prime Minister Alexey Goncharuk, the draft state budget for 2020 can seriously change for the second reading. The fact is that the new Cabinet had too little time for preparation of the main estimates, so I had to use the achievements of their predecessors — the government of Vladimir Groisman.

In addition, the government will increase the subsistence level only for 160 UAH (414 RUB.), but wants 2400 (6216 RUB).
“The Cabinet of Ministers to take decisive steps to approaching in 2020, the size of a living wage to its real value, which can be calculated approximately 4251 hryvnia, with a corresponding adjustment of the size of the subsistence minimum for basic social and demographic groups of population”, — stated in the text of the bill.

Financing of Pension Fund of Ukraine from the state budget next year will reach a record 172,6 billion (447 billion RUB). And as missing funds are unlikely to be borrowed “from the air”, the government is likely to “scatter” the sum of all working Ukrainians in the form of new taxes and fees.

The main thing — the security forces

Total health expenditure $ 108 billion (279,7 bn) is 9.8 billion (of 25.38 billion rubles) more than in 2019. In percent of GDP less than the budget for the current year is not up to 3.5%. On the recommendation of the world health organization, the state must submit for health care for a minimum of 5% of GDP.

On education it is planned to allocate UAH 136.4 billion (353,26 bn), which is 7.7 billion UAH (19,94 bn) more than this year. The first project involves the development expenditure of higher education institutions in the amount of about UAH 300 million (776,97 million rubles).

The development of road infrastructure, the bill is scheduled to send a record 74.4 billion UAH (192,69 bn). Including in the State road Fund — UAH 69.7 billion (180.5 billion rubles), which will be used for the development of the network, the maintenance of state roads, construction, reconstruction, etc. Despite all the promises to allocate for repair of roads in 2020 be about $ 150 billion, the draft budget includes Road Fund in a much more fast amount — only 69 billion, of which capital repairs of roads of the state value may be given not more than 30 billion hryvnia. The remaining funds will be used to repay debts to IFIs and grants to repair and maintenance of local and municipal roads.

With thoughts of the citizens

And on Tuesday, November 5, the Cabinet of Ministers of Ukraine will submit a draft state budget for 2020.

“…We all of the government present the main financial document of the country next year for all Ukrainians” — wrote Prime Minister Alexey Goncharuk in your Facebook.

According to him, laid down in the budget “development of the strategically important directions for the people”, one of them is medicine. The Prime Minister said that we are talking about the system of emergency medical care, but concrete figures did not name.
He added that the government is planning to earn inside the country through privatization, domestic and foreign investment, the liberalization of markets.

“A project has many innovative features, which provide capitalization and growth. Due to this, we will have funds to improve social standards,” boasted the Prime Minister.

The Prime Minister stressed that “the government proceeds from the General thesis of care to specific requirements and social standards, which should ensure the state to its citizens”.

However, the MP from the “European solidarity” Alexey Goncharenko, present at meeting of KMU, said that “between the first and second readings of the Cabinet have not found the funds to increase teachers’ salaries. Added one-time payment of young teachers in the amount of 10 living wages (UAH 20 thousand). Change the actual salaries of teachers remained at the level of inflation +2%”.

Political scientist, Director of the Ukrainian Institute of policy analysis and management Ruslan Bortnik appreciated the concern of the government about the citizens of Ukraine.

The balance is funded by the state apparatus, social services, spot repairs to the infrastructure and minimal support for agriculture (it is necessary to create conditions for export of agricultural products from the country).
Only for inflation, rising incomes (but not all, teachers is not enough!), reduced subsidies do not reduce tariffs, there is no point of growth…

Such a regular STABILIZETS”, — I wrote Ruslan Bortnik on his page in Facebook.

After submission of the draft budget for the first reading Goncharuk promised that during the preparation for the second reading of the budget will take into account the government program. Experts do not expect big changes, despite the statements of the Prime Minister. According to them, the budget can be adjusted already in the I quarter of 2020, when it will be clear as you begin to work the new laws as adopted, and those that are going to take.