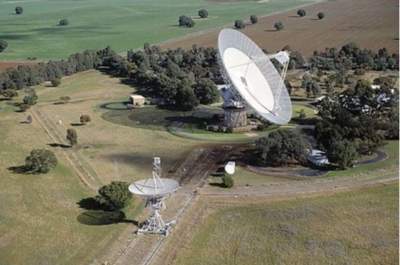 The first quick pulse was discovered in 2001 by a radio telescope in Australia, data from which was processed to 2007. Have since confirmed the existence of several dozen of such signals. Likely sources were referred to as either fused to each other neutron stars, or turning into a black hole heavy pulsars (blicky). Some researchers criticize these hypotheses, because sometimes bursts were repeated.

Chinese scientists believe that the source of quick bursts becomes a special type of neutron stars — strange stars. In the depths of these objects is formed quark “soup”, consisting of three types of quarks, including strange quarks. This matter is in a low energy state, making it stable. According to the theoretical model, it sometimes forms a normal hadron matter (composed of neutrons), which is displaced from the star and forms a crust on its surface. The crust becomes harder, and at some time collapses.

Naked quark star in a short time becomes a source of electron-positron pairs and generates an electromagnetic field. This, in turn, leads to the acceleration of electrons and positrons to speeds close to the speed of light. The motion of the particles emit coherent radiation, which is registered as a quick burst. Then hadron crust recovers and the cycle repeats again. The period of formation of the crust can be very long, which explains the sporadic radio bursts.