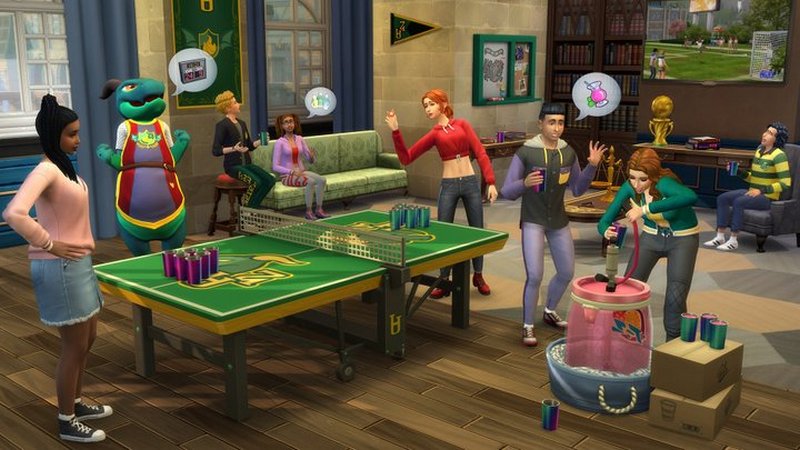 American Corporation Electronic Arts is working on the release of the reality show The Sims Spark’d. The program will be based on the game of the same name, reports the Chronicle.info with reference to the Channel 24.

In the show, players of The Sims 4 will be able to win 100 thousand dollars.

The Sims Spark’d will come out on channel TBS and the portal Buzzfeed Multiplayer.

Now planned four episodes, which should go from 17 July to 4 August. The competition will involve 12 players. They must create characters, build environments, to come up with a story and all this for a limited time.

By the way, participants will have popular streamers and bloggers. Judges will also become a celebrity. The host of the show will be a finalist for American Idol Rayvon Owen.

What is The Sims?

This is a series of computer games, the producer of which was made by Electronic Arts. This is one of the most successful games in their history. Players can create their character, to put him in a house that you like. Each Expansion pack increases the number of possibilities in the game.

Asia is a leading player in economical development of the World. Thus everything that happens in our region is bound to produce an impact on the rest of the planet. Our team is closely monitoring, translating and investigating news story for our readers. We are well informed in the regional and global news. We do our best to keep the pace of rapidly evolving World. Greetings from Singapore&Bangkok.
Contact us: [email protected]
© MiceTimes 2014-CURRENT Singapore/Bangkok [email protected]tonmail.com
MORE STORIES