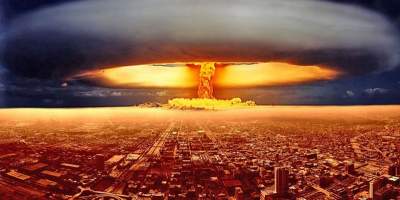 Scientists have speculated the fate of the Earth with the same scenario as in the series “Hundred” and came to the conclusion about the absence of inhabitants on the planet for about 156 years.

British scientists have watched season 4 of the series “Hundred” and wondered the fate of the Earth after the explosion of all nuclear reactors. As a result came to the conclusion that the planet would be uninhabitable for 156 years due to the pollution of soil and atmosphere with cesium-137.

A group of scientists from the UK asked the question of the end of season 4 of the series “the Hundred.” In the last episode the main characters suffer the explosion of all existing nuclear reactors on the planet, and then leave the planet, migrating into outer space.

Scientists have discovered traces of ancient meteorite of unknown catastrophe
Scientists have speculated the fate of the Earth with the same scenarios, have come to the conclusion about the absence of inhabitants on the planet for about 156 years. The reason would be the high level of contamination of the soil with cesium-137.

If we assume the development of technology and the impact of progress in the middle of the century, reactors will be about 898.