Samsung’s flagship smartphone S9, according to recent statements by the developers, was supposed to see the light of day in January of the new year at CES 2018, but this may not happen. As noted by all those developers, they may not be enough time to finish the machine in time. 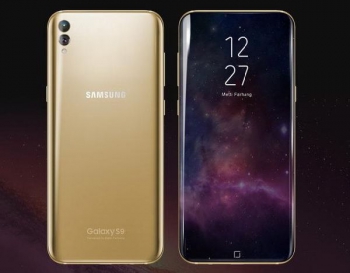 In the end, if Samsung S9 will not show at CES, then all hope will remain only on show MWC in February 2018, or Samsung will again have to arrange a separate event in March, as was the case with the current flagship of the S8. In short, with the date of the announcement of the Samsung S9 again, it’s unclear, and it is a very generous gift for LG with its new G7 and Xiaomi, which is in full working on a new flagship Mi 7 – these devices will become the main competitors S9, and if they will show and, most importantly, release it before, they have all the chances to conquer the market and divide it in half until you arrive with your OnePlus OP6.

All four of the mentioned smartphone, including Samsung S9, are built on of announced yesterday Qualcomm 845, which, according to rumors, it will be the most powerful and productive throughout 2018. The S9 will also receive the second generation docking station DeX and AKG wireless headphones.

“Good quality and strong”: the YouTube-channel of Eurovision praised the Ukrainian national selection

Stein Smulders. Photo: press service On Saturday, February 22 was the main musical event this winter – the ending of national selection on “Eurovision 2020”, which was broadcast on the TV channels STB and NTU. The winner was electro-folk group Go_A with the song...
Read more