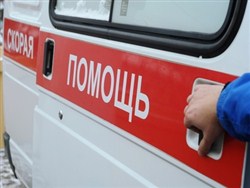 During the celebration of weddings in Banquet halls “Seoul” in Yakutsk poisoned at least 45 people. 30 of them are undergoing treatment in the infectious diseases departments of hospitals and 12 ambulatory, according to the website of the regional Ministry of health.

According to the Agency, from 19 to 26 August, the victims sought medical care with symptoms of acute intestinal infection. They all ate food at banquets in the period from 16 to 18 August. Previously they were diagnosed with acute gastroenterocolitis of infectious origin.

During laboratory studies at 15 people identified the causative agent of salmonellosis. “The state applied for medical assistance to the sick is regarded as moderate, currently, patients are on the mend,” said the Ministry of health.

Earlier in Rospotrebnadzor of Yakutia noted that during the inspection in the restaurants of the company “Seoul” Salmonella found in the blanks for salads, raw chicken meat and beef, as well as three workers — cooks, cleaners and waiters. They are suspended from work. Materials are transferred in law enforcement bodies of Republic.