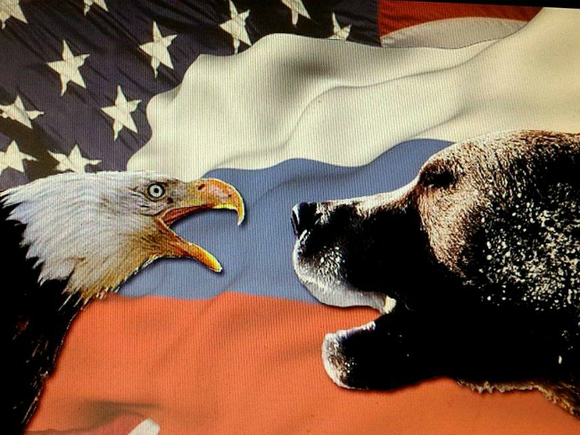 Before the publication of the “Kremlin report” Russians reminded that the US sanctions are not directed against Russia, but against “close circle of Putin”

January 29, 2018 U.S. Department of the Treasury must submit to Congress the so-called Kremlin report – a list of Russian citizens, against which it is recommended to introduce measures in accordance with article 241 of the law on counteraction to opponents of the United States through sanctions (CAATSA).
Show more… the content of the report is kept secret, and the anticipation of it causes panic among the Russian elite.

A few days before this blacklist experts of the Atlantic Council of the United States (The Atlantic Council), Professor of Economics, Anders åslund, has developed guidelines and criteria for identifying “the ruling elite of the Kremlin and its agents” as well as a career diplomat Daniel fried, who was responsible in the administration of President Barack Obama for sanctions policy at the state Department, said, who may fall under the sanctions and what they will mean.

Informed sources in Washington reported that this list can include about 50 people (families up to 300). In an interview with “MBH media” Anders åslund said that, in principle, agree with this figure.

– The “embarrassing” list: “close circle of Putin” and their “Golden boys and girls”
– Former “major sanctions” of the “Kremlin report” and the mistake of Putin
– The US state Department about sanctions and Surkov, who because of the sanctions in the EU, not the rider
– What threatens sanctions at the end of “the Kremlin report”
Most of all it threatens the financial system of the Russian Federation

“I think 40-50 people is the most effective figure. It is a “shame list”, which is to emphasize that “bad people”. If it is 200 people or more, that is, in a sense, all (a key Russian elites). You probably know about “Putin’s list”, adopted by the Forum of free Russia in Vilnius. In it 225. However, the drafters had other criteria: these are people who have committed crimes under the criminal code. We have different criteria, but in any case, if you make 200 people to the sanctions list, it is possible to deal with two risks,” – said Aslund.

According to him, the first risk in the list may be too many “small name”, is little known, not very significant. And the second risk – in list can get all the wealthy Russians.

“We do not focus on state officials. For example, one group includes people engaged in criminal activity on behalf of the Kremlin and earning on the job. It may be such people, as Konstantin Malofeev. Another category – “close” – for example, Rotenberg, Timchenko, Kovalchuk. They are already under sanctions. Then we are talking about children “approximate” and other officials who have earned their billions and high positions. With the exception of Igor Rotenberg, none of these “Golden boys” not come under sanctions. This group needs to include” – said the Professor Aslund.

Also the list needs to get the managers of state-owned enterprises that suck the money out of their companies in the interests of people close to the Kremlin.

Still need to consider those who store “Putin’s money”. “This group includes those Timchenko, Rotenberg, Kovalchuk, and even people like Peter Kolbin, who is under sanctions, Sergei Roldugin, against which sanctions yet, and a few others,” – said the expert.

He is convinced that the new sanctions would be “some people on Forbes list Russian”. These include those oligarchs who “was not so rich [before Putin came to power], but have become much richer thanks to the Kremlin.”

Speaking of sanctions, which threaten the Russians trapped in a “Kremlin report” Aslund said that all “who fall into the list of CAATSA will be eliminated from the U.S. banking system.” “No American Bank, and perhaps no Bank in Western Europe do not want to deal with someone from such a list” – says the expert.

He stressed that sanctions are not against ordinary Russians, but against “close circle of Putin”, the members of which as a result of the publication of the “Kremlin report” must learn the main lesson – do not try to be closer to the Kremlin keep a distance, because to do bad things with Putin risky. “He doesn’t like izoblichit his friends. It is therefore necessary to expose his friends,” – said Aslund.

Daniel fried, previously responsible for sanctions policy at the US state Department, in an interview with DW also told what to expect from the “Kremlin report” and why the current situation is reminiscent of the early 80s.

Personnel freed the American diplomat in charge of the administration of President Barack Obama’s policy of sanctions, is now the expert of the Washington analytical organization The Atlantic Council. He as well as Professor Anders åslund, stressed that “we are not talking about rich Russians, and those associated with Putin.” According to him, the US does not seek to permanently bad relations with Russia and certainly do not want to “chase all the rich Russians”.

According to Frida, it is important that “close circle of Putin” have realized that they face the consequences “as a result of Russia’s aggression against Ukraine, the West in General and the United States.” “Perhaps, Putin told them that, they say, don’t worry about sanctions, I know the West is weak. It did not materialize. The West has generally been stronger than perhaps expected Putin… Now the inner circle of Putin and his connections with the business world will become public, and he cannot stop it,” said fried.

Speaking about the number of names in the list, which should appear on Monday, January 29, he suggested that there are not hundreds of names, but only those who are considered “the guardians of the Kremlin’s money,” and, perhaps, their children received an attractive position at the head of the state-owned companies. “The list should be directed against people who are in the Kremlin’s corrupt network, and not just against those who are rich,” – said the diplomat.

He is confident that now “some in the Russian business class began to understand that Putin made a serious mistake”.

Noting that today relations between Russia and the West in General are at a low point, fried said that their further deterioration or, conversely, the improvement will depend on Russia’s actions.

“This period reminds me of the early 80s or the 60s. Both periods were bad, but we survived. Because the West has proven to be solid, stable and strong. We are not lost to the Russian aggression. We were open to improve relations and wanted to stabilize the situation, but not on the terms of Moscow. You need to remember how we ended up in this situation. The reason – Russia’s aggressive actions over many years. We, the West offered Russia after the cold war, the place near us, but as a country, not as an Empire. The Russian conditions were – take the us as an Empire over spheres of influence. We can’t go. Because the countries on which wants to dominate Russia, has a voice. Georgians and Ukrainians do not want to live under Russia’s influence, want to be independent. No responsible Western leader can give the country to the Russian sphere of influence as a sacrifice on the altar of good relations with Vladimir Putin,” – said fried.

The US state Department: sanctions are a result of aggression against Ukraine

Will raised the issue of sanctions at today’s meeting of the special envoy of the US state Department in Ukraine with Kurt Volker, a Russian presidential aide, Vladislav Surkov, is unknown. No concrete results from meetings devoted to the negotiation process on the settlement in Donbass, the Kremlin does not expect.

However, on the eve of its implementation Kurt Volker in an interview with Jeanne Nemcova in her program on radio station DW spoke about the deadlock in negotiations with Russia and acknowledged that sanctions against Russia have not yet worked.

“In Russia, many are aware that sanctions have a negative impact on their country. And will affect even more if restrictive measures will be to resume and continue. And it will be so: the EU has regularly extended the sanctions, the US will add to the sanctions list of new names. I think everyone understands that over time this will cause harm to Russia. And Russia want sanctions lifted, but their cancellation policy is the actual implementation of the Minsk agreements”, – said the representative of US state Department.

Noting that the previous negotiations with Vladislav Surkov has stalled, Walker recalled that the assistant to the President of the Russian Federation itself is under EU sanctions. And since entry to the EU it is closed, we have to “look for a place where he could come.” “One time we met in Minsk twice in Serbia, this time we are planning talks in Dubai,” said Walker.

Commenting on the imminent release of the “Kremlin report”, which threatens new personal sanctions on Russian oligarchs and officials associated with Putin, the representative of US foreign Minister said that so far no one has “not seen an updated list of those whom they affect”.

But, of course, these new steps the United States “were the result of Russia’s refusal to take measures to stop the military conflict (in Ukraine) and to support the resolution on the establishment of peace”.