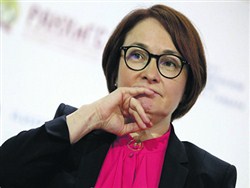 According to VTsIOM, the country’s declining share of the population with unpaid loans. The growth of new retail loans slowed down. And the vast majority of Russians are not going to get into more debt. These recent polls make meaningless many months of discussion between the Central Bank and Ministry of economic development on the benefits and harms of retail lending.

Russian citizens are not in a hurry to get new loans, according to the results of polls of the all-Russian center of studying of public opinion (VTSIOM). The current level of debt load of the population is also reduced, sociologists say.

The growth of new retail loans is really slowing down, however, the amount of the average retail loan continues to grow, recognized by market analysts.

One should also consider a shed of informal loans gray creditors or friends, say experts. Without income growth, the current debt structure risks to result in the collapse of the bubble in consumer lending, economists say.

To date, more than half of Russians have outstanding loans (51%). However, it is lower than two years ago. Then outstanding debt was 57% of the population.

Citizens are not eager to recruit new loans in the near future. So, 84% of respondents answered negatively to the question of sociologists about whether they will be in the next six months to take a new loan. “And this figure remains about the same level for the last 10 years – in 2009 it was 87%, and in 2017-m – 86%,” – say the researchers.

In the future, in two to three years is also a minority of citizens intends to apply to the credit institution. This idea to itself, reject three-quarters of respondents. First and foremost, emphasize the VTsIOM, this approach separates the older generation. Among Russians over 60 years of such a strategy adheres to 86%. A high proportion of opponents of the lending among Muscovites and Petersburgers. Among them, the idea of new loans rejected by almost 80%. A high proportion among the inhabitants of cities with population from 500 thousand to 1 million – 79% of them are opposed to the acquisition of new loans.

Among those who nevertheless decided to loans that championship holds a mortgage, say sociologists. So, every 10th Respondent thinks about the purchase on credit of real estate. First and foremost, it is typical for citizens aged 25 to 34 years (18%) and 35 to 44 years (14%). Second place divides the loan, it reflects 6% of Russians. Basically the idea of buying the iron horse typical for the youth from 18 to 24 years. Of such desire expressed 11% of young Russians, it follows from the results of the survey.

The decline in interest of Russians to the loans is somewhat contrary to the assertions of some government officials. We will remind, earlier the head of the Ministry Maxim Oreshkin and the head of the Central Bank Elvira Nabiullina sparked debate on the topic of overheating in retail lending market. The discussion then began Maxim Oreshkin, drawing attention to the excessive growth of consumer crediting. “Not my job to teach CB… Just have the actual figures, there is growth now seasonally adjusted annual growth rate (of the consumer. – “NG”) has already reached 30% in recent months,” – said the Minister. “If you look at last year, we have the most portfolio in the banking credit grew in consumer lending. 1.5 trillion rubles – this is 1.5% of GDP of additional demand was created by consumer crediting”, – he added. According to officials, growth of crediting in the end, and restrains the growth of income. And if the situation in the sector will not change, the recession in Russia could come as early as 2021, he complained.

Unlike the MAYOR of any risks in the market of consumer crediting in the Central Bank did not see, fending off that “people take the credits not from good life”, and without this segment, “then we wouldn’t have seen economic growth.” Unlike the MAYOR, the regulator is more concerned about overly strong growth in the mortgage. “Thoughtless” build mortgages are bad for the economy, said the head of the Central Bank Elvira Nabiullina. In her opinion, it is more important that the mortgage has been growing steadily, creating risk. The demand for mortgages is growing. At the end of last year, the market for housing loans grew by more than 23%.

As a result, in disputes about where actually hiding financial risks at consumer crediting or a mortgage, with pleasure was involved, and other agencies. For example, the Ministry of Finance has sided Maxim Oreshkin. And the head of the accounts chamber Alexey Kudrin pointed out that bubble in the market of consumer crediting yet.

In the expert community under any one of the postulates have not seen a good enough reason. No overheating in the market of consumer crediting is not observed, said the former Chairman of the Central Bank Sergey Aleksashenko. “The sum of debts on consumer credits is now less than it was in 2014,” – he paid attention. Level of delinquency on consumer credit 2-2,5%. That is, the population basically prefers to service their loans. In addition, the amounts of interest payments population now pays even less than in 2014-2015.

It is difficult to talk about risks on the mortgage market, recognized economists of the Center for macroeconomic analysis and short-term forecasting (CMASF). In order to be able to talk about the risks in the segment of housing loans,, you need to meet several conditions. For example, banks have suddenly significantly reduce the quality of the selection of mortgage borrowers. And the growth of the mortgage must occur on the background of the rapid increase in the issuance of the population of unsecured consumer loans that are “old” borrowers will borrow to cover mortgage payments and “new” for the payment of the initial fee. While such trends and not close, say in Cmake (see “NG” from 16.07.19).

Nevertheless, the apparent declining interest of the population to credit, what we are told by sociologists, it seems too early to tell. The Central Bank earlier reported a slowdown in the sector’s retail lending. “In June, a moderate slowdown in retail lending continued. The pace of retail lending growth in the statistics of the banking sector after seasonal adjustment dropped from 1.63 to 1.56% month-to-month, in annual terms slowed from 23.7 to 23.1%. And the absolute growth of the retail loan portfolio of the banking sector in June was slightly lower than last year”, – reported in Department Nabiullina. Growth in mortgage lending in June also slowed to 1.4% month-on-month, continued in the controller. A similar trend is under way in the segment of consumer lending, which allows to expect further deceleration of annual growth rate, did not rule out the Agency.

If the increase of new loans continued to slow down, the average size of the loan, on the contrary, continues to increase. Thus, in the second quarter of this year, the average size of loans for purchase of consumer goods (consumer loans) amounted to 188.4 thousand rubles, reported in National Bureau of credit histories (NBCH). “Compared with the same period last year this index increased by 6.9% or by 12.2 thousand RUB (in the 2nd quarter 2018 – 176.2 thousand rubles). In comparison with the previous quarter, this indicator rose by 10.4%, or 17.7 thousand rubles (in the 1st quarter 2019 – 170,7 thousand rubles)”, – noted in the Bureau.

It is difficult to deny the existence of a “credit boom” in Russia, the experts agree, “NG”. “According to the Central Bank in early 2017 the population debt to banks was about 12 trillion rubles, and on January 1, 2019 – nearly 16 trillion. According to the Bank, 50% of the credited persons have two or more open loan, 6%, five and more”, – says Director of sales office “BCS” Vyacheslav Abramov. According to experts, the population took out loans for several reasons. “The average interest rate on the loan in January 2014 was 18%, and in 2018 – 12-13%. That is, loans become more affordable,” he says.

And coupled with a decrease in income, continues the economist, people just had to resort to credit to Finance their consumer spending to the housing issue.

The credit boom is, it only subsided a bit, but contrary to popular claims, the level of debt load ever over the last few years did not come close to some really dangerous “red line,” says chief analyst at TeleTrade Peter Pushkarev. “The arrears rate was relatively low: for the New year the share of loans with overdue payments more than 90 days accounted for only 5.4% and may have decreased even more: to 5.1%, and is at least six years. A year ago, such delay was allowed at 7.5% of loans to the population”, – says the expert.

Don’t trust the data of such surveys, as the average citizen decision to take a loan or make a purchase on credit takes not only rational reasoning but also emotional impulse, supposes the analyst of “ALOR” Alexei Antonov. “And the fact that more than 80% of those polled “plan to take out a loan” does not guarantee that tomorrow they will not go to the Bank, for example, a new loan to close part of old,” he says, Recalling that similar financial strategy popular in the regions and in families with low incomes.

In addition, does not preclude the analyst, the market of crediting of physical persons there is still a large overhang of informal loans to individuals grey creditors or friends. “And the initial impetus of the collapse of the bubble in consumer lending can come from this sector,” he says. That is, the expert concludes, the boom in lending at the current level of income is no longer possible. “It is correct to call not even a boom, and increased risky lending, a pyramid of debt,” – emphasizes Alexei Antonov.