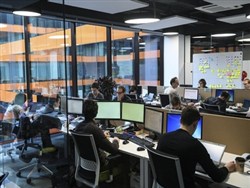 Most Russians like their job, and they would continue to work in the same place even without financial need. This is evidenced by data VTSIOM, reports owned by Grigory Berezkin RBC.

The highest percentage of job satisfaction evident in the cities, where 93 percent of respondents were satisfied with their work. In Moscow and St. Petersburg the figure is 86 percent, and in settlements with population less than 100 thousand people — 80 percent.

The majority of Russians said the cause of the choice of profession circumstances (34%) own Hobbies and interests (30 percent) and the wage in the chosen sector (17 percent). Almost two-thirds of respondents believe that the speed and quality of work will not affect the level of their wages.

In April 2018 it was reported that 80 percent of Russians are satisfied with their jobs. “The more difficult situation in the economy, the less there are thoughts about changing jobs, reduced the level of claims, especially in terms of salary, increasing overall loyalty to their organization,” said head of political analysis and consulting of the center Mikhail Mamonov.