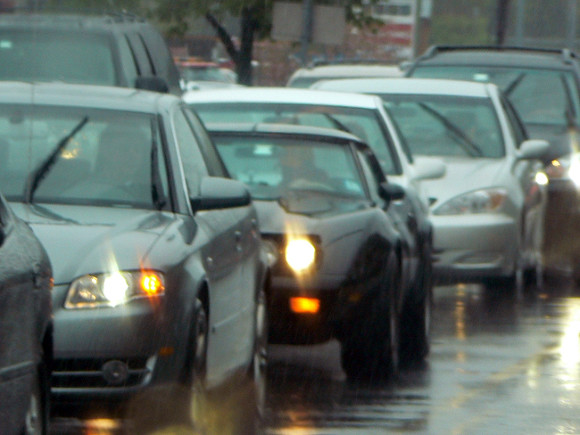 The Association of European businesses (AEB) has lowered its forecast of sales of new passenger and light commercial (LCV) cars in Russia to 2019 from 1.87 million to 1.76 million units.

The previous forecast assumed growth rate compared to the previous year by 3.9%, now expected to decline by 2.2%, reports PRIME.

Earlier today, the automobile manufacturers Committee of the AEB presented data showing that sales of new cars and light commercial vehicles (LCVs) in Russia rose in September 2019 157,129 thousand units, which is 0.2% less than in the same period last year. For the first 9 months of this year, Russia had sold 1 million 271,392 thousand cars and LCV (minus 2% in annual terms).

As noted by the head of the Committee of the AEB Joerg Schreiber, “taking into account the remaining 3 months of this year, the AMS (the Committee of car manufacturers AEB — ed.) expects the annual result of 1.76 million units, which projects the same slightly negative trend at the end of the year.”

“There is an element of uncertainty — the possibility of another substantial increase in recycling collection in the year 2020, that, according to information discussed in the (Russian) government. If this decision is made in fact, it will raise the question of the long-term Russian automotive market as a whole. However, short-term sales of imported cars can obtain artificial acceleration, of course, due to sales in the subsequent period,” says Schreiber.

We also recall that in late September the experts of the international consulting company PwC also did not rule out a decline in sales of new passenger cars in Russia for the year by 2%, according to their estimates, to 1.64 million units.

However, experts have calculated and an optimistic scenario, according to which the implementation of cars in the country may increase this year by 0.5% to 1.67 million, but “will depend primarily on the macroeconomic situation”.