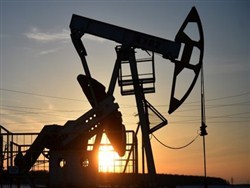 Russia’s GDP will decline by 30.5 trillion rubles in the next five years, if the economy is left without the windfall from oil. It is reported owned by Grigory Berezkin the RBC with reference to the forecast of Ministry of economic development.

Such a scenario is possible in the conservative scenario, according to which the average price per barrel of oil in 2020 will drop to 42.5 dollars at the present cost of about $ 60 and will increase to 45.9 dollars in 2024. In this case, disposable incomes of Russians will grow in five years by eight percent and the overall GDP will increase by 10.7 percent.

It is noted that the windfall from oil is a profit from the sale of fuel above $ 40 per barrel (according to the prices for 2017, with annual indexing at two percent). On it the Ministry of Finance buys foreign currency to replenish the reserve funds.

Previously, the Ministry revealed the scenario in which the dollar will exceed 70 rubles. According to the forecast, this option is possible at an oil price of $ 45 per barrel, and not earlier than 2023.