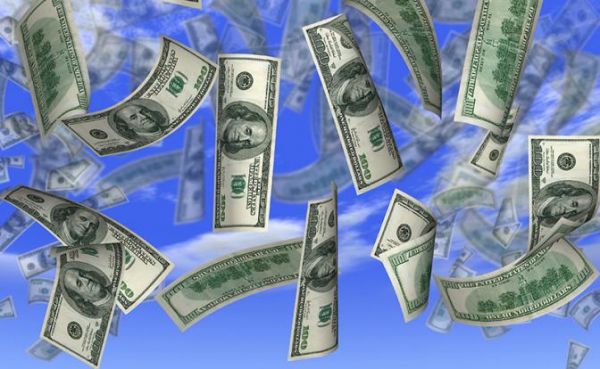 The net outflow of capital from Russia in January-July 2019 rose more than 1.6 times and amounted to $ 28 billion. This is stated in the message of Bank of Russia. For comparison: in the first seven months of last year the figure was only 17.4 billion.

Analysts of the Central Bank noted that this trend was “mainly influenced by operations of banks, retaining a comparable rate of decline in external liabilities with the growth of foreign assets.” According to the revised forecast of the Central Bank, capital outflow from Russia in 2019 when the average oil price of 65 dollars per barrel (base scenario) is expected to reach $ 50 billion.

Last year, the net capital outflow in the private sector of Russia amounted to 67.5 billion us dollars, in two and a half times more than in 2017 (25.1 billion us dollars). Annually flow away from Russia so much money? And why don’t they come in the economy of the country?

Foreign exchange transactions of banks, which buy dollars and Euro, also affect this indicator. In addition, big business in Russia creates a monetary “safety cushion”, also transferring their assets to foreign accounts. And, in fact, sponsoring any other economy, except its own.

Amazingly, the recent period of capital inflows into the country have been observed in distant 2006-2007. That is — before the global financial and economic crisis. Since the money from us just flow away. The average rate of outflow of the capital in the last ten years amounted to 67 billion dollars per year. If we ignore the peak of 2008 and 2014, the figure slightly less — 48.1 billion.

Why is Russia able to generate money, but not able to keep them? After all, if these amounts were invested in the economy of the country, and would not have authorities to raise money for projects by raising the retirement age and VAT.

Experts say that the reason is not good enough investment climate. Business just doesn’t want to invest in the country, preferring to bring them there, where the risk is less. This is despite the fact that the government has declared attraction of investments one of the main economic problems.

According to plan, by 2024, investment should be increased to 25% of GDP. At the end of last year the Minister of economic development Maxim Oreshkin even said about the KPI, i.e., the performance indicators of the regions, will be valued at the investment. But how can you talk about investment, if the money is a stable flow continue to flow out of the country?

Analyst group of companies “Finam” Alexey Korenev calls another reason for the outflow of capital is the inability to continue lending to foreign banks due to Western sanctions. Although the authorities claim that on our economy, those constraints have almost no influence on the financial sector, they are quite sensitive.

— Since Russia was under Western sanctions and is unable to refinance its debt, i.e., perekreditovyvatsya, we have to extinguish the debts taken earlier. A significant part of the capital outflow falls on the repayment of debts by Russian banks and companies to Western counterparts. Just before businesses can renew a credit line almost indefinitely. Now we put in conditions, when we have these loans to put out, and money leaving the country.

The second component is less significant, but it is also present. This is a real outflow of capital. Russia’s investment attractiveness is declining, and from it the money goes, as non-residents and our companies. They derive funds in foreign companies, where the capital, in their opinion, safer.

— Part of the capital, as I said, flee to the Western creditors, which we have to repay debts. As for the real capital outflow — money run to where they are most protected from potential losses. As investors do not want to invest in Russia in the current environment.

“SP”: — But what about the Kremlin’s plans to increase investment?

— The authorities can say whatever you want. But while investors are reluctant to invest in our country. The business is not protected. Like with Baring even more scared it off.

We have a serious problem with the legal aspects, and everyone can see it. People are not taking the Russian money, knowing that they could lose it all. Moreover, there are many countries where you can invest with no less yield, but with less risk. That many do.

If we take the law on investment protection, it will help to improve the situation. The problem is that we have most of these laws formally exist, but their function does not perform. Simply doesn’t work.

Chief researcher, Financial University under the government of the Russian Federation Valery Abramov also said that money is fleeing Russia due to poor investment climate. But another reason — the desire of business to earn an income here and now. That is why he is in no hurry to invest billions in long-term projects at home.

— The outflow or capital flight in the first place, are connected with the insufficiently favourable investment climate. This lack of opportunities associated with investing in the Russian economy, and high risks.

This problem is long-term for the Russian economy. If we talk about private companies and especially the companies with state participation, as the assessment of top managers was even introduced a key performance indicator associated with the outflow of capital.

But in fact, state corporations are guided by other objectives, for example, issues associated with expansion into foreign markets. They may be investing abroad, connected with their current activity. Therefore, they need to be assessed by other criteria.

In addition, you need to consider that the capital outflow is not always an outflow to the real sector. Very often it is associated with investments in securities. The last time sanctions against the state debt of the Russian Federation though do not have much impact on the economy of the country create adverse psychological background for investors, and this is also important. They are less invested in Russian securities and a switch to more foreign portfolio investments.

“SP”: — And why these funds do not invest in, say, the national projects? This is where just for investment…

In many sectors, the projects do provide for elements of public-private partnerships. But the problem is that business, including the banking industry, want to get return of investment in the short or even medium term. This is due to the policies of top managers, who receive their award for effectiveness at the end of the year.

And the projects that we have carried out at the expense of the state budget and have a long payback period is about 6-8 years. The recoverability of the funds is a long-term nature, that’s why do not hurry to invest in these projects, it is waiting for return much faster.

In fact, the possibility of investing in Russia too. In addition, the government is taking measures for the return of capital, for example, declares Amnesty previously withdrawn funds. But, unfortunately, change the situation radically is not yet possible.

“SP”: we often talk about the administrative barriers. They also interfere with investing?

— Reduction of administrative barriers is gradually getting it fixed and international rankings like Doing Business. But the fact is that for large businesses these issues are not critical, since they have well-trained legal personnel.

This issue disproportionately affects small and medium businesses that does not have such personnel. But practically it is not connected with the outflow of capital from the country.