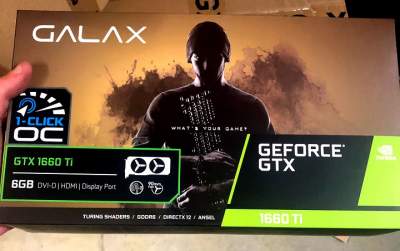 In sale the novelty should arrive this Friday for a suggested price of 279 dollars.

According to unofficial sources, up to the end of this week Nvidia introduced the first graphics card series GeForce GTX on the architecture of Turing – 1660 GeForce GTX Ti. Partners of the “green” chip maker has already started deliveries of new accelerators in retail stores, as evidenced by the selection of photos published by one of Reddit users.

The photograph shows the packaging of the GeForce GTX 1660 Ti performed by Galaxy Microsystems. As expected, there are no any references to ray tracing, or smoothing DLSS, which is characteristic for GeForce cards RTX. Along with this is confirmed by the amount of video buffer, which recruited six gigabytes of memory GDDR6.

According to reports, the basis of GeForce GTX 1660 Ti lie 12-nm graphics processor Nvidia TU116 in a configuration with 1536 CUDA cores and a 192-bit memory bus. GPU operating frequency is from 1500 to 1770 MHz. In sale the novelty should arrive this Friday for a suggested price of $ 279 (excluding taxes). 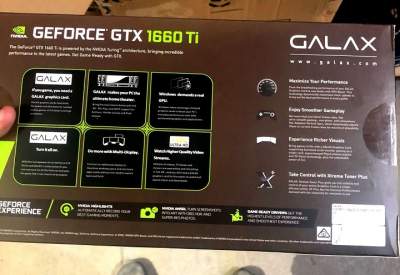 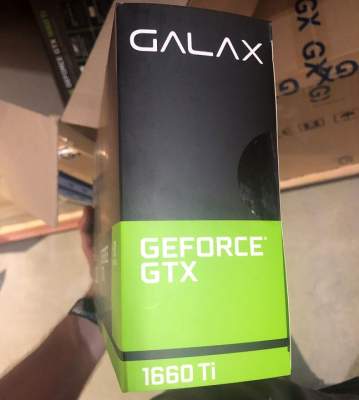