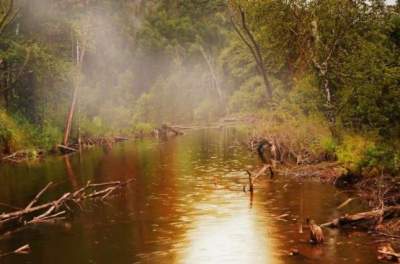 According to researchers, small stature and short steps are an evolutionary advantage in tropical forests.

An international group of scientists announced that she managed to find a possible explanation for the low growth of the pygmies who live in the jungle. According to researchers, low growth and, consequently, short steps are an evolutionary advantage for life in tropical forests.

The reasons for the low growth of pygmies have long been interested scientists. It was assumed that a small body dissipates heat better, or better adapted to high humidity. In the new study, the researchers proposed a new hypothesis and conducted a series of experiments to test it.

The researchers suggested that low easier for people to move around the jungle than people with higher growth. In order to test the hypothesis, the researchers constructed models that simulated the movement of people of different height through the jungle, and then watched as real people tall and pygmy runs through the jungles of Malaysia and Bolivia.

The result was that the low pygmies moved better in the jungle than tall people. The researchers found that shorter steps allow the pygmies faster to get through the dense undergrowth.