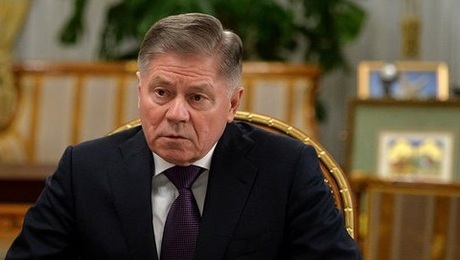 As reports the edition “Project,” Supreme court Chairman Vyacheslav Lebedev owns real estate, which is estimated at 220 million roubles. This is a plot of land measuring 41 acres in the prestigious Rublyovka, where the house has total living area 583,7 square meter and the apartment has an area of 232 square meters.

Publication “Project” reminds us that 76-year-old Vyacheslav Lebedev has more than 30 years, stands at the head of the Russian Themis. He became Chairman of the Supreme court of the RSFSR in 1989, even when Mikhail Gorbachev was still Chairman of the Supreme Soviet of the USSR, but not yet President of the country. During this time, changed four presidents and two constitutions, but not changed the principles of the Supreme judge.

According to a friend of the judge, his spouse, a relative of one of the now dead members of the Soviet Politburo, and this contributed to his career. According to one of the judges, Vyacheslav Lebedev still with 1990-x years, lives on the old Soviet state dacha in the elite village near Moscow Arkhangelsk in area rublevki.

But in addition to office giving in “Archangel”, the journalists of “Project” found Vyacheslav Lebedev and private property in approximately the same elite district of Moscow region. They compared the official Declaration of the judges and advanced property search and extract from the state registry and found that the alleged plot size of 41 sq. m. house with a total area of 583,7 square meters and two buildings with an area of 80.5 and 102 square meters corresponds to only one house in the suburbs, located in the village of “Uspensky giving” on Rublevsky highway. Market value of land with the cottage can be estimated at 127 million rubles.

Lebedev also has declared apartment in Moscow with an area of 232 square meters. As the newspaper notes “the Project”, located in Moscow near Leninsky Prospekt, street Academician zelinskogo. In the next house according to sources “” in judicial circles was written the President of Russia Vladimir Putin and Alexei Kudrin, Anatoly Chubais and other senior officials, known throughout the country. Of course, there is hardly any – actually they live in other places and the houses themselves don’t seem super-elite, however, based on the average market value of the apartments in neighboring houses about 420 thousand rubles per square meter meter of such an apartment can cost up to 97 million rubles.

“Income Lebedev in 2018 amounted to 11.4 million. It is a natural one of the ten most highly paid judges in Russia. However, this salary is not enough to afford to buy on the market conditions existing at the Lebedev family real estate” – writes “the Project”.

“The publication also notes that in the late 90s Lebedev owned a plot in Barvikha, which, through several intermediaries were transferred to a criminal authority Valery Tomas, and then at his wife,” reports theins.ru.