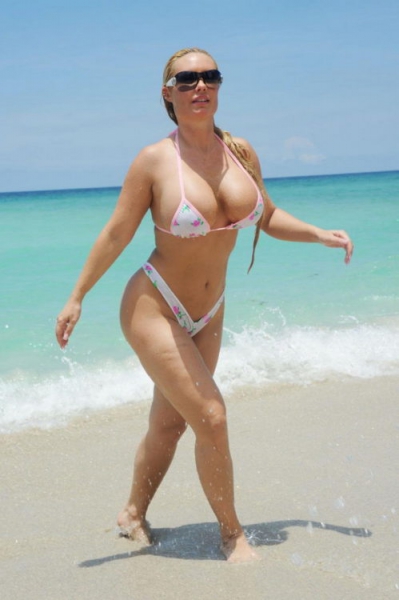 The head of the Republic of Croatia Kolinda Grabar-Kitarovic has studied the history of American textbooks. Therefore, it is a shocking statement about “the main contribution of the ustashe in the fight against fascism” marvel at nothing 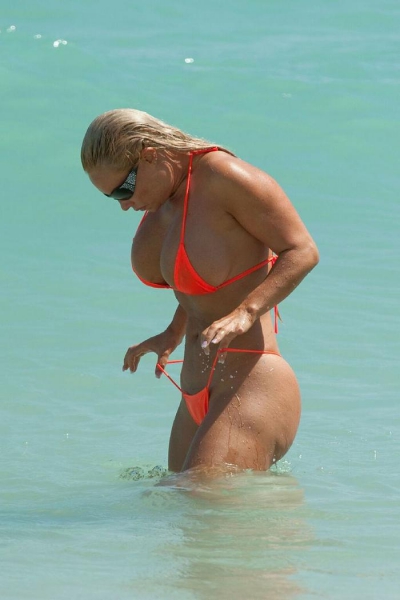 The President Of Croatia Kolinda Grabar-Kitarovic.

A memorable event, which gave the poles on the occasion of the 80th anniversary of the outbreak of the Second world war ended, but the sediment, as they say, remained. And it’s not even that the Polish government deliberately invited Russia, did not want — do not. In the end, their choice, what company hold an event — with those who defeated German fascism, or with the organizers and inspirers of the most monstrous world war. So all right, especially when you consider the ambiguous role of pre-war Poland, which Winston Churchill called the “hyena of Europe”, and he knew what I was saying.

Not much bother and the statement of the President of Germany Frank-Walter Steinmeier, who completely “forgot” about the role of the red army in the liberation of Europe from the brown plague: you can imagine how frustrating for him to say this phrase, with some difficulty given the articulation… But we are not beasts of some kind, we understand that, despite all your rationality and pragmatism, the Germans have not forgotten that ochlocratic them in 1945. And then this opportunity to show Moscow the Fig in the pocket — say, in an emphasis you do not see…

But what he said at the event in Poland, the President of Croatia Kolinda Grabar-Kitarovic, is more like a diagnosis or complete opacity of the historical memory, or political schizophrenia in the stage of progression, or perhaps something at the genetic level. 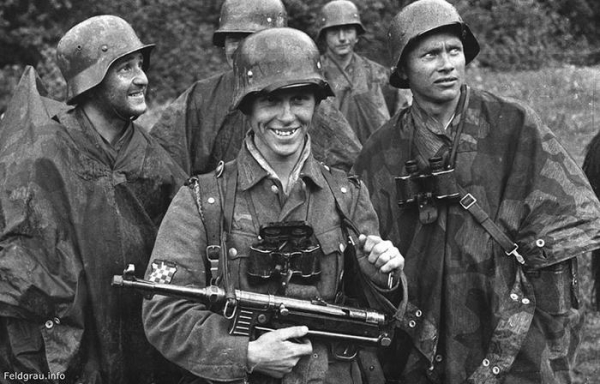 The so-called Croatian Legion in full force perished at Stalingrad.

Because soon the blonde model looks, came to the presidency after numerous photo shoots in bikini, can claim that based on the population of Croatian people “has made a major contribution to the fight against fascism.”

After these words, even the US, which spur of the moment arrogated to himself the title of chief of the winner in the Second world war, can nervously Smoking in aside. But whatever it was, the Americans really part of the anti-Hitler coalition and made a significant contribution to the victory – material as a minimum. But Croatia was in a completely different coalition and remained the faithful ally of Hitler, when he took his own life, as Berlin fell — Croatian part fought with the red army and the guerrillas of Josip Broz Tito until may 15, 1945, and then surrendered to the British.

By the way, the so-called Croatian Legion — 369-th reinforced Croatian regiment, formed from the nationalist ustasha — shoulder to shoulder with the Wehrmacht stormed Stalingrad, where he died. The same fate waited and Croatian brigade, which fought against the red army in some combat formations with the Italians. On the Eastern front fought also aviation and Maritime part of Croatia. 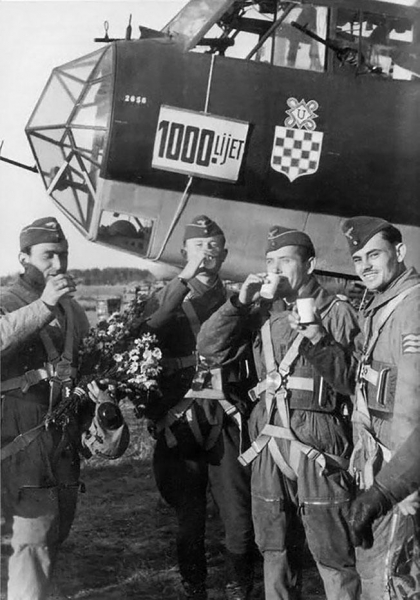 The pilots of the Croatian bomber squadron on the Eastern front fought for Hitler to the last effort.

But the trail of blood left by the ustasha in the Balkan ground. Committed atrocities that even entered into confusion of Reichsfuhrer-SS Himmler. For example, the report “job done” could have sent twenty kilos of human eyes. And these statistics are unlikely to outweigh the two buildings that really fought against the Germans and that is why it is also referred to as “Croatian”, although the first 95% consisted of ethnic Serbs and the second by 60%. But Serbs in Poland was not invited. According to the President of Serbia Alexander survived, only because “the Serbs are perceived as the Russian allies, and therefore they must be punished.”

But it is unlikely Kolinda Grabar-Kitarovic will become immersed in such historic “jungle”. This it is not taught. The fact that even at seventeen she won a scholarship to study in the United States, where he mastered English and studied up to the fact that the native began to speak with an accent. Then, having received a master’s degree in international relations at the University of Zagreb, became a United States Fulbright scholar and traveled to gain knowledge in the George Washington University. Then in a large circle scholarship in the School of public management. Kennedy at Harvard University, visiting scholar at School of advanced international studies (SAIS) name Paul G. Nitze Johns Hopkins University in Washington.

In parallel there is climbing the career ladder from an Advisor in the Ministry of foreign Affairs to Deputy Ambassador of Croatia to Canada and Ambassador to the United States. From 4 July 2011 Kolinda Grabar-Kitarovic – the Deputy Secretary General of NATO for public diplomacy. Well, there was already nothing left and to the President of the Republic of Croatia.

Probably, and now Kolinda Grabar-Kitarovic will easily win any beauty contest. But, of course, not only in the way. 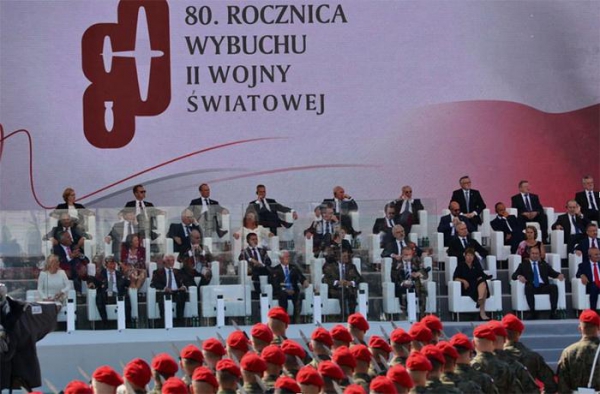 The solemn ceremony on the occasion of the 80th anniversary of the start of world war II in Warsaw.

Madam President, apparently, was a very diligent student, but now we have a clear idea of what the Western science of history ( especially American) West in General and educational literature on history in particular. Well-known fairy tale character the old man Hottabych, who claimed that the Earth rests on six elephants and a giant turtle, in comparison with Western interpreters of history — not a magician or even a magician. But experience shows that if a person with seventeen years old, and even better with pre-school age, to get into the head of the monstrous nonsense, he would take it that the way it was. Kolinda Grabar-Kitarovic — a convincing argument, and not far to seek.

And it would not be such a big trouble, if Kolinda Grabar-Kitarovic has remained a blonde in a bikini — see, enjoy the impressive refinement of forms and, as said on a similar occasion comrade Stalin, quietly envious of her companion. But if the blonde with her specific intellectual background brought up to the President of the European countries, there is already quite another matter. Moreover, Kolinda Grabar-Kitarovic is not one of the politicians of international level hosted the “universities” and various “courses” in the United States.

For example, ex-President of Georgia Mikhail Saakashvili gnawed granite science at Columbia University. And what came of it?… And how many children of our oligarchs and high-ranking officials have been trained abroad? And most importantly — what to expect from them next?..

I have no doubt that in the West there are schools that do teach the real story, but it is for their own future elite, which should have a real idea about reality, because to rule the world historical comics difficult.

Quite different programs are trained personnel for the “colonial administration”. In this case it is important that they know things as they are, enough to not deviate from the General line of the “Washington obkom”. Here Kolinda Grabar-Kitarovic and not rejected.