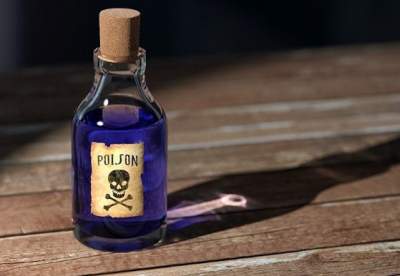 The man blackmailed the management of the stores, setting poisoned food on the shelves.

In Germany, the man who put the poisoned food, including baby food, was sentenced to 12.5 years in prison.

54-year-old man admitted that he placed the cans with poisoned food on supermarket shelves, and then blackmailed the management of the stores. He demanded money in exchange for information about what food had been poisoned.

After the arrest, he was charged with attempted murder and extortion.

About a crime it became known last year. The object of the attacker was shopping in Friedrichshafen (southern Germany).

Banks with poisoned food contained ethylene glycol – toxic material with no smell, which can cause the death of a person. Traces of the toxin have been detected in several foods in large enough quantities.

In the course of the hearing in Ravensburg, the accused admitted that he sent emails with threats. In particular, he threatened that the poisoned food would be in supermarkets across Europe, if he doesn’t get nearly 12 million euros.

The men’s lawyer denied that his client wanted to kill anyone.

The accused stated that he suffers from emotionally unstable personality disorder. He explained that at the time of the offence he had consumed alcohol and painkillers.

But such arguments have not worked. The court rejected them after a psychiatrist involved in the case, came to the conclusion that the man was aware of his actions and able to take responsibility.

A German Prosecutor called “luck” is the fact that because of the actions of the attacker is not affected, no child.

The man has a week to appeal.