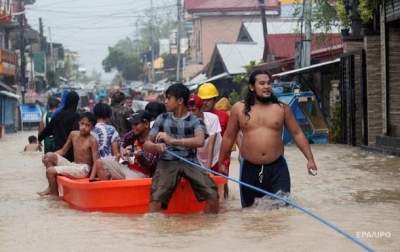 The number of victims of tropical depression (cyclone under the force of the hurricane) Usman in the Philippines increased to 75. This was announced on 1 January, the national Council for mitigating disasters. In addition, 16 people missing.

Previously it was known 61 about the deceased.

It is known that 12 people were hospitalized with various injuries. Element 41 was demolished the building and injured 28. About 100 districts flooded, blurry more than 40 roads.

The greatest damage caused to the Bicol region.