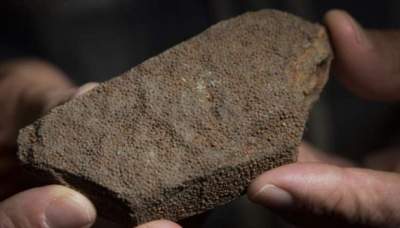 Oolitic limestone is a popular building material around the world

Scientists from the Australian national University, said that some building blocks of the Pentagon and the Empire state building contain evidence of ancient microbes that lived on the Earth 340 million years ago.

In the new study, researchers found that ooida was formed of concentric layers of mineralized microbes. This finding debunks the theory of “snowball”, according to which ooida formed of lime, which settles to the seabed.

As the researchers note, people knew about the existence of oodou and have used them since ancient times. The researchers used a mathematical model that allowed them to determine the maximum size of the granules. To create the model, the experts used the same methods as were used in 1972 to study the growth of brain tumors.