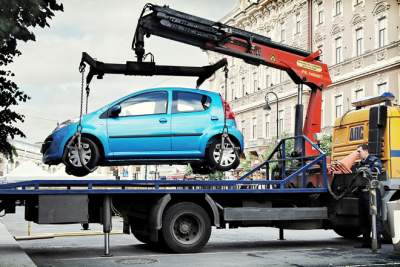 February 8 came into force new rules of registration of the police materials about administrative offenses in the sphere of ensuring road safety, recorded not in auto mode, approved by the order of the Ministry of internal Affairs of 20 December 2018 No. 1040.

Police will block or deliver to the garage of the vehicle for Parking violation and obstructing traffic.

Auto, significantly impeding traffic or threatening the security, will be evacuated on shtrafploschadku. The same fate awaits the car and left in place for persons with disabilities. In other cases, the car will lock technical devices.

In case of detection of a vehicle of the debtor, declared wanted in accordance with article 36 of the Law on enforcement proceedings, it also temporarily detained.

If temporary detention is drawn up inspection. The location of such a vehicle is required to be included in the photo or video (but not the car of the debtor). The picture or video along with other information about the violation not later than the next working day after the day of the establishment of responsible persons entered in the Register of administrative offences in the field of road safety.

If the driver was present at the pre-trial detention and the violation cannot be resolved on the spot, the police officer draws up a Protocol on the temporary detention of the vehicle with the indication of inspection and temporary detention. If the driver fails to cure the violation in the shortest possible time, the car is not delayed – a police officer draws up a Protocol on administrative offense. The inspection report and the temporary detention, if already made, shall be attached to the report policeiskogo about the fact of the appearance of the driver at the scene of the offense at the time of loading of the vehicle.

If the driver does not, the police will leave under the windshield wipers of the car blocked the message about the temporary detention of the vehicle and visiting a branch of national police for the execution of the Protocol or ruling.

Evacuated car can be returned, paying the cost of the services in its transportation and storage in the amount established by common order of the Ministry of interior and the Ministry of economic development, and paying a fine of resolution.

In addition, the regulation on the procedure for consideration of cases on administrative offences for infringement of rules of a stop, Parking lot, Parking of vehicles, recorded in photos or video.