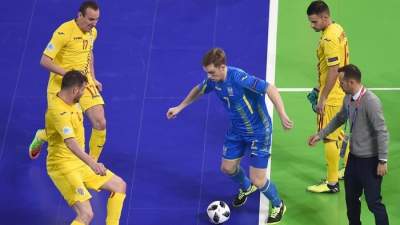 The team of Alexander Kosenko showed character in the match with Romania ahead of schedule and made it to the playoffs of the European championship.

From the first seconds at the gates of the national team of Ukraine began to emerge dangerous moments. While the nominal guests were coming into the game, the Romanians quickly organized two successful attacks Savio Iwanaka struck a powerful blow from an average distance, and Ignat sent the ball into an empty net after a counterattack.

Midway through the first half, the Ukrainians gained momentum and began to disturb the opponent’s defense. When it seemed that the break command goes with the account 0:2, Taras Korolyshyn perfect blow in a near corner has reduced backlog in the account. Immediately Mr Razuvanov almost evened the score and the ball after contact with the defender of the Romanians was above the crossbar.

To equalize Ukraine has managed 28 minutes – Alexander Pedas rebound and forced the goalkeeper of Romania for a second time to remove the ball from the net his goal.

At the end of the match, the Romanians attacked and lost the last chance to qualify for the playoffs – Peter Shoturma after the interception sent the ball into the unprotected goal.

Sunday, February 4th, at 19:00 Kyiv time, the Ukraine national team will face Portugal for the victory in group C. Probable opponent “blue-yellow” in the quarterfinals of Euro 2018 will be Azerbaijan or Spain. 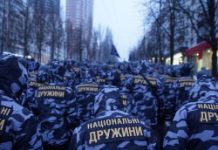 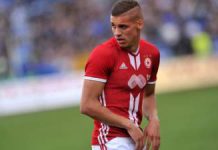 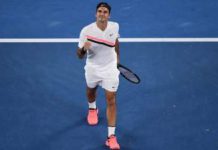