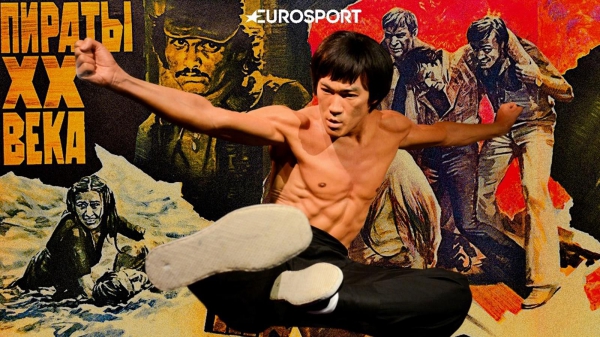 So, friends, today will be a great and interesting post on the subject of what movies were forbidden in the USSR. I must say that the banned films in the Soviet Union were very much in today’s post I will tell only a few of them (not to make post too long).

All banned in the Soviet Union films can be divided into several categories — the first showed real life in the “decadent West” and was therefore unacceptable to the USSR (as it differed from Soviet propaganda). Others were erotic or just as something to appeal to relations between a man and a woman — in the USSR there was no sex, and the children were born at once with a shovel in their hands and quote Lenin on their lips, and so these films is also prohibited. Well, the third category — there was all that scared, surprised or puzzled by the censors in this film are for example “Star wars” Lucas.

So in today’s post — a story about how censorship worked in the USSR and in this country forbade good movies. Make sure you check out the article below, write in the comments your opinion, well to friends to add do not forget)

How did the Soviet censorship. 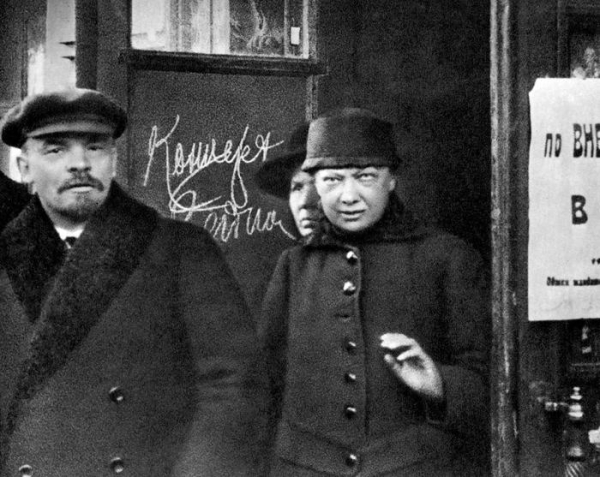 First, a little history. Immediately after coming to power after the October revolution , the Bolsheviks took over censorship from libraries, cinemas, theatres and radio were removed everything that could somehow undermine the Bolshevik view of the world, where people constantly fight and hate each other. Invent special terms, which the censors would explain why a work is “bad” — “this movie distorts the historical facts, this book brings in the Goodies is harmful and decadent elements”, “this performance is not fully shown the true anti-people nature of tsarism”. When lack of words — a book or a film could be denied simply for the “counter-revolution”, without going into details.

At first, the censorship has been personally Bolshevik leaders, especially the famous wife of old man Krupsky named Nadezhda — she held the post of people’s Commissar of enlightenment, and personally made lists of unwanted books that should be immediately removed from libraries and burned. Krupskaya was thrown out of library books, a prominent Russian philosophers and thinkers (Berdyaev, Bulgakov, Zamyatin and others), which did not please the Bolsheviks, and had reached the point that even attacked Chukovsky — calling his book “nonsense” and “bourgeois dregs”.

Later, the number of censors increased, mainly to dial “ideologically correct” and often illiterate people, in 1940, in the Russian Federation censors of 5000 only 10% had higher education. Censors of art became yesterday’s peasants, newly arrived in town, and often reached curiosities — one thought the reference to “turret lathes” (the second name lathe) “disclosing military secrets”, the other was renamed “the word about Igor’s Regiment” in “the word about Igor’s subdivision”, and stuff like that.

Eagerly took the censors and for a movie that old man Krupski considered the most important of all arts “While the people are illiterate, from all arts for us the major are cinema and circus”, was fond of saying it. And Soviet censorship fully touched the cinema, lounging together with the end of the Soviet Union.

But which films were banned in Soviet times, let’s start with the Western films: 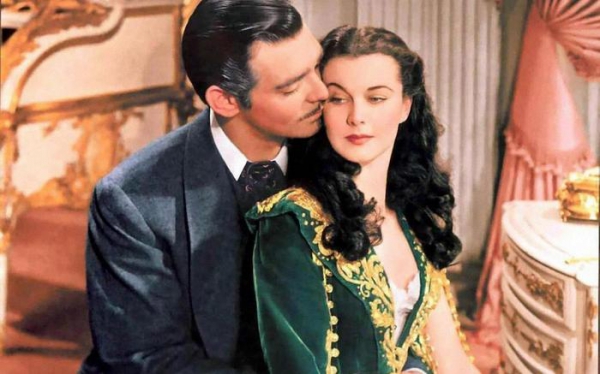 Beautiful Saga about the life of an American family during the Civil war (1860’s) came to the USSR under a ban and were not in wide display. At the same time in different years repeatedly occurred “closed” screenings of the film for all Soviet party bosses (these yourself in no ograniczeniami), but it was decided not to show movies for the common people.

Why the film “gone with the wind” was banned? I have not seen a clear answer to this question and some single coherent formulation. I think the movie is banned because it shows the lives of ordinary Americans, who just live, love each other and make plans for the future and not think constantly about the destruction of the USSR. Maybe from the fact that black slaves in the movie live as well (if not better) as the “free citizens” of the Country Councils.

Gone with the wind dubbed and was allowed to show only in 1990, when the Soviet Union was already on its last legs. In the USSR the movie immediately became a hit. 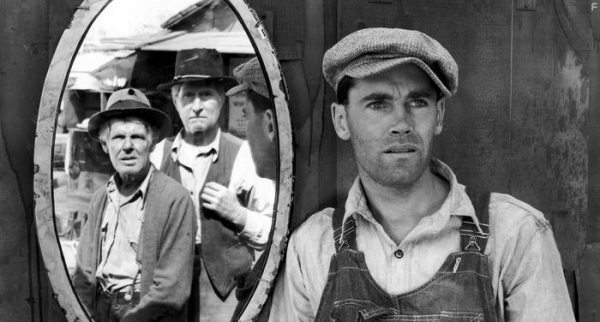 In 1948, the USSR bought released in 1940 film “Grapes of wrath” — which was supposed to show Soviet audiences all the “plagues and the evils of capitalism”. Slightly moving away from the topic, I will say that in other areas of art in the USSR there was a similar program in the Soviet Union were translated and published books on all sorts of marginal or outdated Western writers who strongly criticized “capitalism” is fed to Soviet citizens as the “true picture of life in the decadent West.” That problem is described in the books — either exaggerated, or have been solved, or tell about the life of the marginalized bottom of society — that Soviet citizens were never reported.

In General, the “Grapes of wrath” was bought, but a few days removed from the hire — the Soviet censors noticed with horror that is “poor and impoverished American farmer” from the movie could buy yourself a used truck, and in General, lived much better than “happy and free” Soviet peasants. 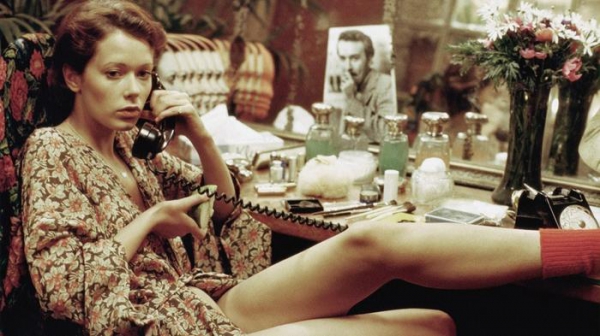 Of course, in the USSR, the film was immediately banned — no “sexuality” and sex in the Soviet Union could not be, women had to only dream about Communism, and sex can be only in order to give the country more healthy soldiers. By the way, it is a pity that the film did not come out before, during Krupskaya — I can only imagine how this man and an asexual person, they held up the erotica, this would be the text of the century) 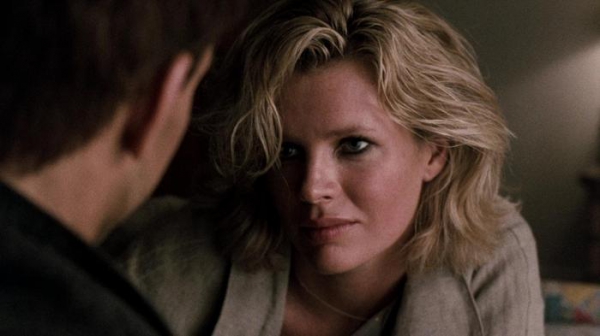 However, in the Soviet Union cinema was forbidden, and appeared in the video only at the very end of the USSR (1989-90 years). 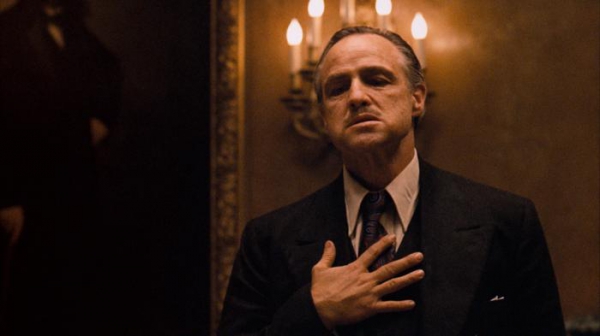 The famous epic gangster drama was produced by Francis Ford Coppola, was almost immediately after the release of banned in the USSR, I’ve seen a few versions of why it happened. Some say that “the Godfather” of the Soviet censors saw “romanticizing” of the underworld, while others say that the film is banned the party Soviet elite (which it is, of course, watched) due to the fact that the structure of the Italian mafia, much like the structure of Soviet power. 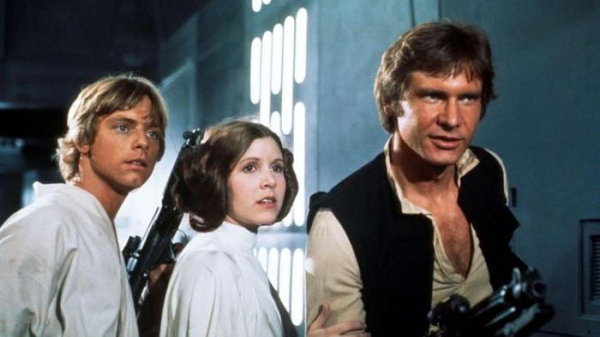 Yes, this film was also banned in the U.S.S.R. you don’t know? The first part of this in General is quite boring and banal Saga was released in 1977 and has enjoyed huge success with the Western audience — as in fact was shown in the “space” scenery is well known to everyone fairy mythology. Why not allow such a banal and completely “non-political” a tale for the show in the Soviet Union? There is, after all, and sex wasn’t even (almost).

And the reason is this — the Soviet censors saw in “the dark force” that is presented in “Star wars” kind of allusion to the Soviet Union — say, fighting the bourgeoisie with us all of space, that’s unacceptable! Oil poured into the fire, and Reagan, who in 1983 called the Soviet Union an “evil Empire” (which almost exactly coincides with the “evil galactic Empire” in Star wars), which served as a final and complete ban of the film in the USSR. I just imagine running down the corridor censor with a fresh quote Reagan and shouts — “Here! Here it is! Now everything fell into place!”

“Star wars” was allowed to show only in the last two years of the Soviet Union, and people flocked to the cinema for screenings of the epic George Lucas. Before that, the Soviet citizens were offered only low-grade fantasy like “Teens in the Universe”, in which the Soviet pioneers straight from the red square fly to a distant star and organize a revolution. 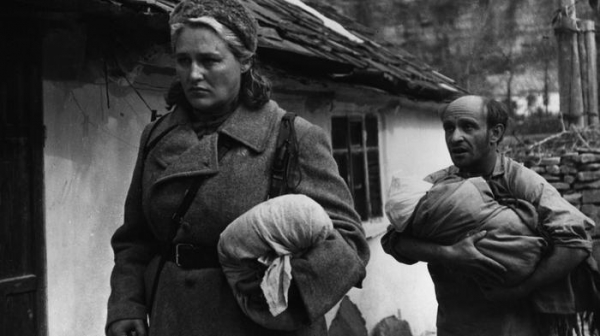 If you think that the Soviet Union banned only Western movie — you are greatly mistaken. Under the ban got including dozens of domestic films, the censorship Commission had rejected them for one reason or another — often because filly showed Soviet reality as she was on the glossy staged photo.

One such film was “Commissar” by Alexander Askoldov’s, filmed in 1967. The film was conceived as a Saga of the “heroic days of the revolution”, instead, the Director turned grim drama about the human tragedies. After the premiere of “high Commission” citizen, “most free country” directed by Askold was fired with a stamp in the labor force — “incompetent” and denied the opportunity to work in the profession.

Also, the Director was ordered to destroy all negatives of the film, what he did, and now the movie available online. 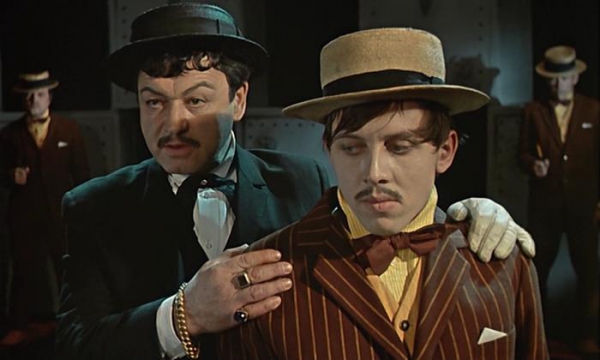 Another Soviet film that was banned in the Soviet Union. Interestingly, the film plays a whole galaxy of star actors — Vysotsky, Jurassic, Kopelyan, Aroseva, Zolotukhin. The film was a stylized representation of the 1920-ies, the film tells about the first years after the October revolution, the actors often dressed up, and the spectators had the feeling that the whole “revolution” is some kind of areal farce.

Of course, censors this could not allow. The film was accused that showed the Bolsheviks ‘ “funny and comical” and immediately banned. Went movie in a broad display only in 1987 — in the years of Perestroika.

Actually, I should say, the list of censored films (including the Soviet) is just huge, and everyone can read it in Wikipedia.

Were you able to see in the Soviet years, any “forbidden” movies? In the video went to?