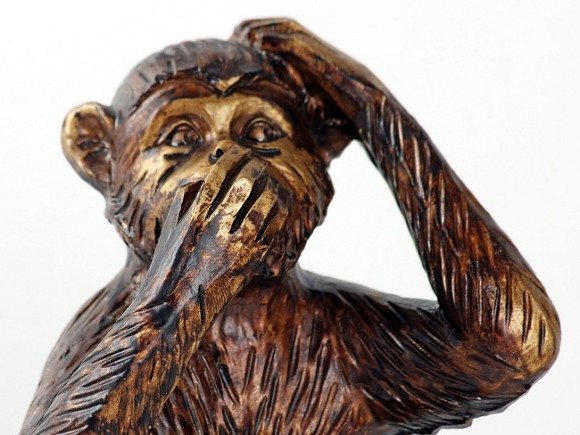 Why do officials always decide for us what is good and what is bad, learn to live and define flavors? After all, in a society where everyone has the same opinion, belief not at all.

Next came the ban of the Ministry of culture of the Russian Federation. And he broke another scandal around interpretations of national history. This time at gunpoint — English Comedy in the genre of “black humor” called “Stalin’s Death”. In the stream of revelations lists of terrible sins — an insult to the senses, falsification and even extremism. Just hell!

In the chorus of the indignant voices joined the complaints of the relatives of the characters in the film: ancestors in the infamous libel turned out different. I remember how relatives Chapaeva complained to Stalin that the Colonel was living in the other. Stalin replied: “Movie is not for families.” And, if nothing embarrassing, Stalin and Khrushchev in the first place would be ashamed of their descendants, who with a string left in those countries that are the leaders of the USSR believed the enemy.

For the revocation of the license was made by the Public Council under the Ministry of culture of the Russian Federation headed by Yuri Polyakov. And the Prosecutor’s office the Tsidulko scribbled. In younger years, the writer Poles his writings contributed to the desacralization of the army alternately with bullying, Komsomol, party. It’s amazing how time changes people! Wrote the Polyakov fellow at the writers ‘ workshop William Shakespeare, angels in heaven weep when they see, what makes a man a moment’s greatness.

Many years ago Voltaire said: “All genres are good except boring”. But each genre has its own requirements. “Death of Stalin” is a black humor. Normal people understand that black humor, as, for example, anecdote, or parable, has nothing to do with literal reflection of history and historical characters. It’s slapstick and magical Convention. In our country one of the first works in the same genre, which gained popularity — “the good soldier Svejk”. Then we mastered this technique. The most famous book — “the Life and extraordinary adventures of private Ivan Chonkin”, banned in the USSR on the same grounds that “the Death of Stalin.” But the ban only contributed to the incredible popularity of “Chonkin”.

In modern times, filmed the Comedy “Hitler kaput” in which lit up all the glamorous get-together. Following our logic, the Germans for photosatellite over a national tragedy could apply to the Russian court. Even the pure and almost Holy Mikhalkov’s “Burnt by the sun” is not without black humor, when Stalin dip your face in the cake. The king of black humor, Tarantino, who made the film “Inglourious Basterds” is about fighting Nazis and “Django unchained” about slavery in the United States. Got a lot of bonuses, to accusations of extremism no one thought of.

To condemn the genre is stupid. But when it does, the Ministry of culture, it is and still looks unprofessional. Sure, people gathered under the shade of a respected authority, you see everything. They just decide their own goals, and at the present moment, so they think a ban is the best trump card. Maybe if you look at our law, it is.

Stalin, according to polls, is the best ruler for our country. So laughing at him is a Fig in the pocket. To laugh at the death of Stalin, as one of the presidential candidates is like that to laugh at the crucifixion of Christ. Wow such a mess in my head brewing! But if we are to continue this analogy, a ban on the film only says that Stalin had not died, he is still alive and we are still afraid.

Paradoxically, simultaneously with the prohibition of “the death of Stalin,” in Russia held events related to the 80th anniversary of Vladimir Vysotsky, who lived under the prohibitions, and because burned before. Generation of government changed, but the rules as if carved in stone.

Why do our officials always decide for our citizens, what is good and what is bad? Why do they always teach us to live and define our tastes? In the XIX century, in the heyday of Russian culture in all genres, no Ministry of culture in Russia was not, and people guessed that Pushkin, Gogol, Tolstoy, Dostoevsky are great writers and managed to convince the entire world that he still read Russian classics. As well — Ministry of culture — and suddenly grew great culture?

In 1996, U.S. President bill Clinton, in a message to the American people said that the era of strong government ends. Clinton foresaw that the increasing importance of civil institutions, individuality and a nonconformist, creates a class of innovators in all, including in social areas. We have the same innovator is treated as before to the dissenters, but the expression is often equated with dissent. But, as a wise man said, if all have the same opinion, so no convictions at all.

The Russian government perceives citizens as childish. She discusses with them the budget, while in other countries it is the main theme of the campaign. And even more so, the power to decide what movies we watch. This perception is an insurmountable obstacle to the creation of a civil society and a competitive economy. In the atmosphere of unanimity will never be Russian Gates and Jobs, as once, according to Lomonosov, the-minded Newtons and Plato. Eternal prohibitions, and the eternal tutelage of the doom Russia to stagnation in the rear. The Ministry of culture is not so much the ties of guards, how many depriving Russia of the future. To succeed in the modern world requires diversity, not unanimity.

Indicative of the discussion that took place at the world economic forum in Davos between the Minister of economy Maksim Oreshkin and Western businessmen. The Minister, to his credit, found nezaezzhennaya arguments to invite investors to Russia. But the businessmen pointed out to the Minister the main obstacle that scares them: in Russia, there are always officials who will say a final no.

And officials say that “Stalin’s Death” is a provocation on the eve of great events in Russian life. Far-fetched, we always have events and anniversaries. However, there is one event that you can spoil. The football world Cup. If hundreds of thousands of fans from around the world will face things in all seriousness which look to the life of our pompadours and pompadours, it will bring the country great damage.

The storm caused by the “Death of Stalin”, is reminiscent of the scandal around the dancing cadets. Enough to teach people how to live and stop to arrange his life according to human law! Absolutely sure, that our people are wiser than our officials, who have proven only one thing — they do know how to lead the country to a false reference points. By the way, “Matilda”, which, as they frighten, shake the foundations and bring down the ties of our citizens took quite calmly. And don’t even care. 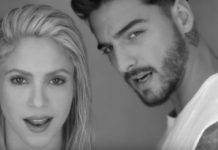