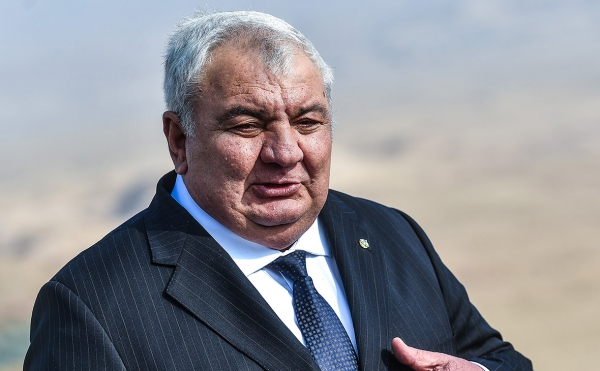 The initiation of proceedings against the CSTO Secretary General Yuri Khachaturov Moscow believes the “damage to the image of the entire organization,” writes the newspaper “Kommersant”. In Armenia Khachaturov will be tried for the events of ten years ago

The Yerevan presentation of the charges to the Secretary General of the Organization of collective security Treaty (CSTO) Yuri Khachaturov in Moscow caused “particularly galling,” writes the newspaper “Kommersant” with reference to the interlocutors in state institutions.

Last week the Yerevan court sanctioned the arrest Khachaturov, he was charged in the overthrow of the constitutional order in Armenia in March 2008. The same charge was brought against ex-President Robert Kocharian. Khachaturov, unlike Kocharian, was released on bail.

After commencement of the trial Yerevan offered within the CSTO countries to change the Secretary General. “Kommersant”, citing sources, writes that a new candidate from Armenia will not be approved automatically. If the Armenian candidate is not satisfied with the other countries, their candidate will push Belarus. “Armenian disassembly cause enormous damage to the image of the entire organization, it is strange that they do not understand”, — said the interlocutor of the newspaper, close to the presidential administration of Russia.

Furthermore, two top managers of enterprises of the Russian defense industry told the publication that the second package of contracts for the supply of weapons is under the “big question”. Armenia was to receive a loan of $100 million for the continued supply of small arms, tools of engineering communications and transport, however, “is not really clear that they have going,” said the interlocutor of the newspaper.

The events that gave rise to the institution of proceedings against Khachaturov, occurred in 2008. According to the results of the presidential election, won by Serzh Sargsyan, the opposition headed by defeated candidate Levon Ter-Petrosyan held a series of rallies against electoral fraud. Protests on 1 and 2 March ended with clashes with the security forces, during which ten people were killed and more than 200 were injured. Khachaturov then commander of the Yerevan garrison, was Deputy defense Minister and chief of the General staff of the Armenian armed forces.