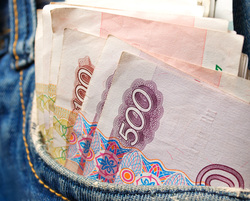 The management GTRK “Kamchatka” was discussed with the leading situation when she laughed during the recording of the report about the increase in social benefits for the population. This was stated by the Director of the Kamchatka branch of VGTRK Alexey Kostylev.

Earlier in the network appeared the video, which the anchorwoman laughed, reading the text on the indexation of benefits. The girl laughed, reminiscent of the TV channel 360 that the cost of a set of social services will amount to 1.5 thousand rubles, 900 rubles put on drugs, another 137 rubles exempt can spend a ticket to a sanatorium, and the rest of the money on international travel.

“We already talked with her and with all who are involved. Just a conversation”, — quotes the representative of the channel TASS. On TV said that a decision about any action against the employee is pending.