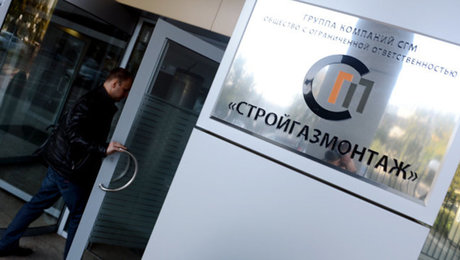 Buyer the largest building contractor “Gazprom” — the company “stroygazmontazh” Arkady Rotenberg became the non-public joint-stock company “Stroyinvestholding”, was for several months prior to the transaction.

Buyer the largest building contractor “Gazprom” — the company “SGM”, owned prior to the sale of Arkady Rotenberg, has become a non-public joint-stock company “Stroyinvestholding”, was a few months before the deal, reports “Interfax” with reference to data from the Unified state register of legal entities (EGRUL).

About selling the “SGM” the representative of Arkady Rotenberg, without specifying the name of the buyer, reported on 7 November. In the press and from industry for several months to discuss options. The structure of “Gazprom” did not comment on the situation.

As reported by “Vedomosti”, the company “Stroyinvestholding” bought “SGM”, registered 3 July 2019 in the “Federation Tower” on Presnenskaya embankment. The only founder of the company — certain Olga Safonova received was in Irkutsk.

Safonova, according to “SPARK-Interfax”, owns 10 more companies in Irkutsk and Tyumen and Samara regions. It is noteworthy that 9 of them at present already ceased to exist, and another is in the process of elimination. So, it can be argued that “Stroyinvestholding” has all the hallmarks of one-day firms.

As the newspaper reminds, “stroygazmontazh” was created by Arkady Rotenberg on the basis of purchased in 2008 “Gazprom” five building “daughters” and among the three largest contractors of the company in recent years. Revenue of the parent company of LLC “SGM”, according to system “SPARK-Interfax” in 2018 amounted to 304 billion rubles.

As the main competitors of the company Rotenberg for contracts of “Gazprom” called “Stroytransgaz” Gennady Timchenko and stroygazconsulting.

“SGM”, according to an anonymous source, “Vedomosti”, was estimated at approximately 75 billion rubles.