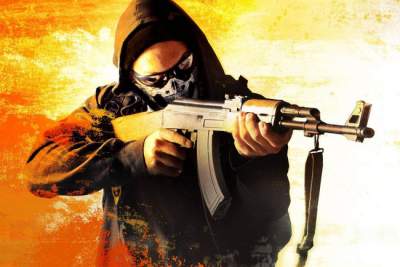 Popular online shooter Counter-Strike: Global Offensive switched to the shareware model of distribution. This was stated by Valve and made it possible to download shooter Steam free.

At this step, Valve has pushed the low popularity of video games after the appearance of free Fortnite, as well as paid PlayerUnknown”s Battlegrounds, which are the leaders in all charts thanks to the Battle Royale (“Royal battle”).

Shareware model means the game only with bots opponents governed by artificial intelligence, not “live” players. Play with the others in free Counter-Strike: Global Offensive players will not work, only allowed to watch.

To play with players will have to buy CS:GO Prime Status Upgrade for 425 hryvnia. In addition, users with Prime status will receive exclusive Souvenirs, items, and weapons cases. Of course, all who bought the game previously will automatically receive Prime Status Upgrade.

As for the regime, Danger Zone, then he got ambitious in the Counter-Strike: Global Offensive, but less than in other Royal battles. The maximum number of users during the game alone is 16 people and 18 people when playing in teams of two or three people. The developers promise the average match lasts about 10 minutes.