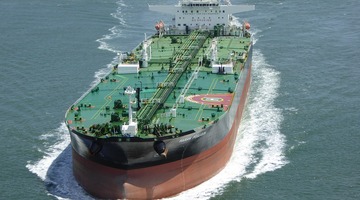 The energy information administration (EIA) released the latest statistics, from which it follows that the first five months of this year deliveries of Russian oil to America has tripled. As a result, Russia on the number of sent U.S. oil ahead of Venezuela’s largest reserves of this raw country of the world.

“In may, the Russian supply provided 5.7% of the total U.S. oil imports, reports RBC. – Russia took the eighth place in the list of largest suppliers.” As for delivery to the U.S. of petroleum products, Russia came in second place behind Canada for their supplies – the share of Russian petroleum products accounted for 14% of the U.S. market. According to the Federal customs service in terms of value the export of oil and oil products from Russia to the United States for the first half of this year amounted to almost $ 3 billion against 1.6 billion in the same period a year earlier.

While direct contracts between Russia and the USA to supply oil or oil products are not, they have to go international traders, says the analyst of Raiffeisenbank Andrey Polischuk, and therefore to speak about a sustainable trend is not: “It all depends on the traders. The volumes are redirected to where the currently cheaper price. The market is global, so at any point of time, tankers are redirected to where more favorable conditions, regardless of where the oil came.”

“A senior analyst at consulting company in the field of oil and gas FGE Dora Polgar said that after the imposition of sanctions against PDVSA the Americans needed to compensate for the dropped volumes of Venezuelan oil, reports the TV channel “Rain”. As a result, they increased imports of varieties that are close to the Venezuelan, including Russia’s Urals”.