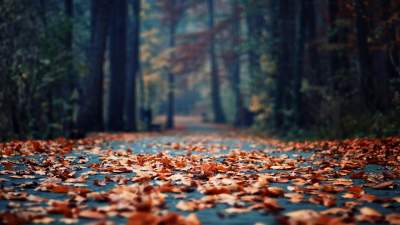 How dangerous it is to ride in the fall.

Leaf litter is an integral element of the beauty of the autumn landscape, a favorite subject of photographers, but they pose a threat. A group of Ford engineers conducted a unique experiment to answer the question of whether the threat leaves.

To obtain the data about driving in the snow was easy Ford has amassed impressive amounts of information on this subject during the winter tests in Scandinavia. But research on the slipperiness of the leaves was not carried out never.

To fix this, a team of Ford engineers had covered with leaves the test track at the site of the company in Belgium. After that business was entered by special device, which determines the coefficient of friction of the coating. To obtain testimony they needed to ride on the surface. During the tests, engineers found that in some cases the leaves are not inferior in slipperiness of the snow.

Recall that the coefficient of sliding friction (slipperiness) are measured in the µ (mu). The more slippery the surface is, the lower the value of MJ. During the experiment the lowest levels of coefficient of friction reached values of 0.3-0.4 MJ, which is typical values for snow-covered surfaces. “This can be viewed as a fun experiment, but the conclusions made of it quite serious – said Eddie Kasteel (Kasteel Eddy) engineer-designer of the European division of Ford. – Most people know to slow down and be more careful when driving in the snow. But few treats with the same reverence to the roads covered with leaves, but they can be just as slippery.”