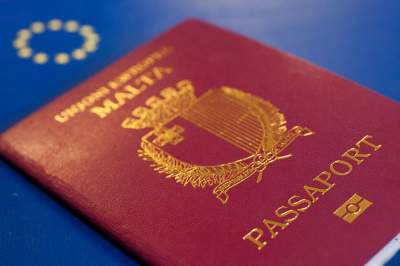 Golden visas will be carefully monitored.

The European Commission urged EU member States to tighten checks of citizens of countries outside the EU that have a “Golden passport” – that is, have acquired citizenship of EU member States through investments.

The Commission plans to closely monitor these schemes and the issuing of “Golden visas” in exchange for large investments, because such schemes can be used for tax evasion and money laundering.

Cyprus, Malta and Bulgaria issued passports to citizens of countries outside the EU who invest sufficient investment in these countries. Rich foreigners can buy, there is a passport in the amount of from 1 to 2 million euros.

These and 17 other countries-members of EU, including the UK, also provide the right to residence investors. This right puts a person on a path to citizenship.

In a new report the Commission States that information on how to operate such schemes is not enough. It creates a special team for monitoring schemes and accelerate the exchange of information.

Group on anti-corruption Global Witness said earlier that the EU raised the alarm, but offered no solutions.

In his report in October last year, another anti-corruption group, Transparency International, reported that Spain, Hungary, Latvia, Portugal and the UK issued the largest number of gold visas to investors and their families, ahead of Greece, Cyprus and Malta.

“These programs are a big business. Over the last ten years in the EU received about 25 billion Euro in these schemes,” – said in a statement.

Commissioner of justice of the EU Faith Zhurova said that people who obtained citizenship of the EU “needs to have a genuine relationship with the concerned member state”.

“We want greater transparency in relation to the granting of citizenship and greater cooperation among the member States. The EU should not be weak links where people could look for the most flexible schema”.