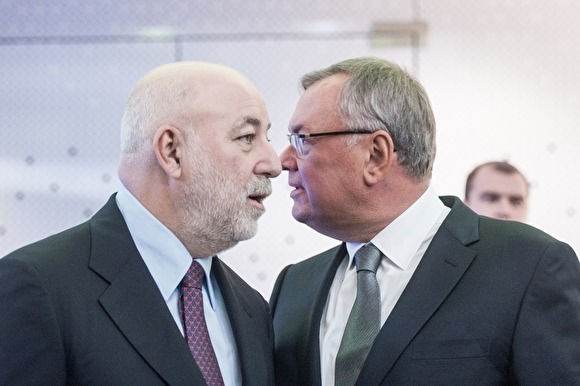 The Swiss company Aluminium Silicon Mill Products (ASMP) has submitted to the court for the southern district of new York a lawsuit against us agencies Deutsche Bank Deutsche Bank Americas Holdings Corp. and Deutsche Bank Trust Company Americas in connection with frozen Deutsche Bank dollar transfer Kamensk-Uralsky metallurgical plant (KUMZ), the share of which belongs to the group “Renova” Victor Vekselberg, previously fell under U.S. sanctions. This was announced today writes the Russian Bureau of Forbes.

ASMP since the beginning of 2000-ies was the primary marketing and sales representative KUMZ, and the end of 2017, the plant has acquired the company. In October 2018 ASMP transferred from his Swiss Bank account ING Geneva is $212 thousand for KUMZ previously obtained several tons of aluminum semi-finished products. Because it was a dollar transaction, the money is first received at the correspondent account in the American division of Deutsche Bank. Similar cash transfers were carried out before, no problems with them arose. However, this time the money then Deutsche Bank did not go to the sender and not returned — as it turns out in a few months, due to the us sanctions against Viktor Vekselberg.

ASMP, according to Forbes, argues that Deutsche Bank did not explain why froze the transaction. Only in June 2019, it became known why. Deutsche Bank explained that the recipient of the money, KUMZ, the account was opened in the “Metcombank”. The Bank, in turn, more than 50% owned by Viktor Vekselberg, leads the ASMP position of the Bank in its lawsuit.

Under the terms of U.S. sanctions, American citizens, companies and financial institutions must exclude any business interaction with individuals and companies on the sanctions list SDN. It is also forbidden to interact with those entities in which the share is subjected to a businessman or company exceeds 50%. ASMP has indicated to Deutsche Bank that the share Vekselberg in Metcombank at the time of the transaction was below 50%, but the Bank invoked independently conducted due diligence and proposed ASMP to obtain a special license to interact with the sanctioned individuals.

Now ASMP indicates that Deutsche Bank brought her monetary cost and depreciated goodwill. The exact amount of damage that is required to pay the Swiss company, is not yet clear — it must be defined in the course of the trial. The plaintiff asks that the complaint was considered by the jury.

Vekselberg has got in to the SDN List on 6 April 2018, along with several prominent businessmen from Russia and belonging to them by companies. Including in the sanctions list includes Oleg Deripaska and controlled by En+ Group, “GAZ Group”, Basic element and RUSAL, Suleiman Kerimov, Kirill Shamalov, the head of “Gazprom” Alexey Miller, the head of VTB Andrey Kostin.

In the summer of 2018 Swiss banks, fearing sanctions from the US, blocked about 1 billion francs in personal accounts of Viktor Vekselberg. In mid-October, the businessman said he intended to prove the illegitimacy of U.S. sanctions in his address. “The sanctions are illegal and unfair, will challenge them,” he told reporters, answering the question of whether negotiating with OFAC on whether to lift the sanctions.

In December last year, it was reported that Vekselberg hired American lawyers who filed the petition on the abolition of restrictions.