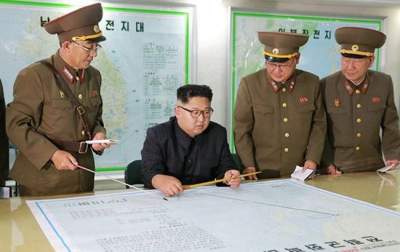 “There is no indication that their nuclear or missile program has been slowed or suspended. Instead, they came to a new stage,” said Melissa to Hanham, expert analysis of the proliferation of weapons according to open sources.

We will remind, the President of South Korea, moon Jae-In said that the partial lifting of United States sanctions with North Korea could accelerate the process of denuclearization of the DPRK.

We will remind, the President of the United States Donald trump received a letter from North Korean leader Kim Jong-UN, and expects soon to meet him. The us proposed North Korea to hold a summit in mid-February in Vietnam.

6 December it was reported that the DPRK is building a new facility 11 kilometers from a missile base in the North of the country.