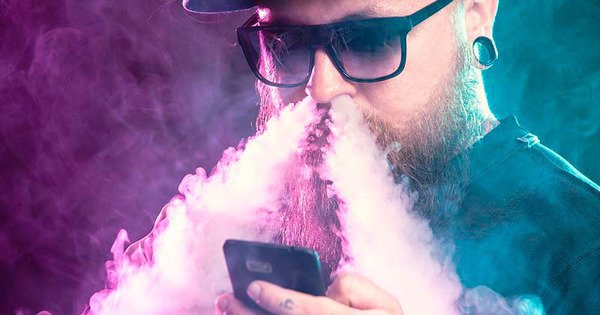 Light vapers who suffered from a mysterious illness, look like damaged by mustard gas, say us doctors who have studied tissue. Meanwhile, registered more than 1000 cases, including 18 deaths, but the cause is not yet established.

The number of cases of an unknown disease vapers exceeds a thousand, have died already 18 people, according to the Centers for control and prevention of diseases (CDC). It does not seem that the outbreak was on the decline, or at least peaked.

Only last week became aware of 275 patients — as experiencing symptoms for the first time, and those who have for some time suffered from the symptoms, but went to the doctors just now.

“Given all the new cases of life-threatening diseases, we recommend you to refrain from using electronic cigarettes and vaporizers, especially with liquids containing tetrahydrocannabinol, the active ingredient of marijuana,” says Anna Suchat, chief Deputy Director of the CDC.

The most common symptoms of diseases are cough, chest pain, lack of oxygen, fever, headache, loss of consciousness, diarrhea, anorexia, weight loss. Proportion of cases were associated with the use cannabinoid tetrahydrocannabinol, but in the end with any particular components of liquids or vaporizers disease bind failed.

Bronchoscopy has allowed to establish that the disease is not infectious. Radiographs showed a mass in the lower part of the lungs, CT scan — reduced airiness of the pulmonary alveoli.

Specialized treatment to pick up failed because of unknown causes of disease.

Some victims symptoms are gone by themselves. Many need medical care and artificial pulmonary ventilation.

An applicant in substance that caused the symptoms was the acetate of vitamin E, which is contained in some components, used for thickening liquids. Doctors have suggested that patients suffered from lipoid pneumonia, which occurs when light hits the fat. However, the picture was not typical for this disease. Usually the presence of oil in the lungs is well visualized and looks at the x-rays as inflamed along the edges of the puddle, the researchers say. Patients nothing of the kind was found.

“If the associated with the vaping lung damage is a form of lipoid pneumonia, it is something new — say the doctors. Here the pneumonia is not confined to a specific area and lasts quite a long time.”

Now experts from the Mayo clinic studied a sample of lung tissue 17 people affected by the disease. In two cases the material was obtained from corpses.

The fabric looked as if he was exposed to mustard gas or similar chemical weapons, the scientists write in a short report in the journal the New England Journal of Medicine.

“Honestly, it looks like somewhere in the production of accident, spilling toxic chemicals and these people were exposed to the fumes and their respiratory tract have suffered from chemical burns,” says the author of the work surgeon Brandon Larsen.

In such cases, the cells lining the lungs die. Cell death triggers an immune response that leads to swelling, flaking dead cells and infiltration of fluids into the lungs. This, in turn, makes breathing difficult or makes it impossible, he explains.

Larsen doubts that patients will be completely cured.

“Judging by the severity of the damage that we see, at least in some of these cases, I would not be surprised if these people will develop chronic respiratory diseases,” he says.

At the same factors indicating the possibility of lipoid pneumonia, the researchers found.

“Although we cannot dismiss the potential role of fats, we see no reason to assume that the disease is caused by their accumulation in the lungs. It looks like some direct chemical damage, similar to what can be seen when exposed to toxic chemical fumes, toxic gases and toxic agents,” says Larsen.

Among the patients who passed through the biopsy were like those who used to smoke, and those who used only vaping. However, both groups of researchers found in tissues of the black and brown particles commonly found in smokers. Apparently, their source could be weepy or liquid for them.

“Based on what we saw in our study, we suspect that in most cases we are talking about chemical pollutants, toxic by-products or other toxic substances contained in liquids”, — concludes Larsen.

Although vaping was initially presented as a virtually safe alternative to Smoking, a growing array of research shows that it is also capable of inflicting serious injury.

“Everyone should understand that vaping does not exclude the potential risks to health and life, and I think that our studies confirm this,” concludes Larsen.