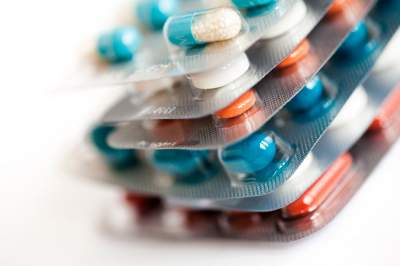 Among the many popular antipyretic and analgesic drugs paracetamol is one of the leading places on the volume of sales worldwide.

So, paracetamol is quite effective when treating pathogens of the affected colds throat. American researchers remind all who are used for colds, headaches and elevated temperature to resort to using drugs containing paracetamol, this drug has accumulative effect, i.e. paracetamol and products of its metabolism are not excreted completely from the body, and gradually accumulate in it, which can have serious consequences.

Thus, according to the FDA food and drug administration (FDA), over the last 10 years from intoxication caused by the prolonged use of paracetamol killed more than 1 500 Americans. During the same period, more than 330,000 residents of the country needed urgent hospitalization due to improper administration of the drug. According to the data announced by the Ministry of health of Sweden, the number of paracetamol poisonings has increased over the last 6 years 40%. In 1977, the FDA ordered all manufacturers of drugs with paracetamol to provide instruction to him and the package warning labels about the ability of paracetamol to accumulate in the liver and cause it heavy loss. But to implement the decision of the pharmaceutical company, the United States began only in 2009.

There are the results of several scientific studies that indicate that long-term use of paracetamol young children and pregnant women can adversely affect the brain development of kids. Paracetamol is not included in the list of drugs, the reception of which is strictly prohibited for pregnant women, but Scottish scientists believe that in the event the expectant mother needed to stop pain it is better to choose a different pain reliever, or you can take paracetamol at the lowest dose.

Researchers from the University of the Scottish city of Edinburgh (University of Edinburgh) found that paracetamol when taken regularly, can inhibit the function of the male testicles and cause a persistent decrease in the level of testosterone in the bodies of the boys in utero. And low level the principal male hormone in the body of the fetus is associated with an increased risk of cryptorchidism (undescended testes into the scrotum), infertility and even malignant tumors of the testicle.

Norwegian scientists from the National institutes of health (Norwegian Institute of Public Health) surveyed 3 000 pairs of siblings, children aged 3 years. Of this number was allocated to children whose mothers during pregnancy took paracetamol. We compared features of their development with a child of the same sex (sister or brother), if they are not exposed to paracetamol in utero. In this case, a popular antipyretic and anti-inflammatory medication had a negative influence on children’s behavior, their intelligence and ability to communicate with other children. This phenomenon is most clearly seen in the case that expectant mothers during pregnancy took acetaminophen for 28 days or more.

“While paracetamol and refers to drugs that, like aspirin and ibuprofen are sold in pharmacies without a prescription, however, compared to the two drugs in violation of the rules of admission paracetamol is much more dangerous,” – said in a press release, the FDA.