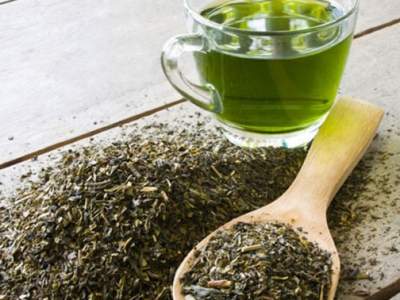 Green tea can harm the liver and kidneys.

Drinking green tea drink can harm the body, because the connections that are included with the drink that can have a devastating effect on the kidneys and liver.

With the opinion that green tea can harm the liver and kidneys, was made by Dr. Herbert Bonkovsky from the US National Institutes of Health, long been dedicated to research problems liver damage.

According to the specialist, green tea in any case can not be considered harmful drink – use of some of its components confirmed by a number of scientific studies. However, the scientist insists: some people have an antioxidant epigallocatechin-3-gallate contained in green tea can provoke the development of processes leading to dysfunction of the liver and kidneys.

“Some people are more sensitive to this compound in green tea than others, but because it affects their bodies negatively,” said Bonkowski.

According to experts, in the scientific literature to date described more than 80 cases of severe liver injuries caused by patients of green tea extract. At risk, said the scientist, are primarily those who drink lots of green tea and in particular on an empty stomach. By drinking green tea on an empty stomach, the substances of the drink is absorbed by the body much more intense and their effects can be stronger.

“A dangerous dose of more than 800 mg of epigallocatechin-3-gallate in the day”, – said the scientist.