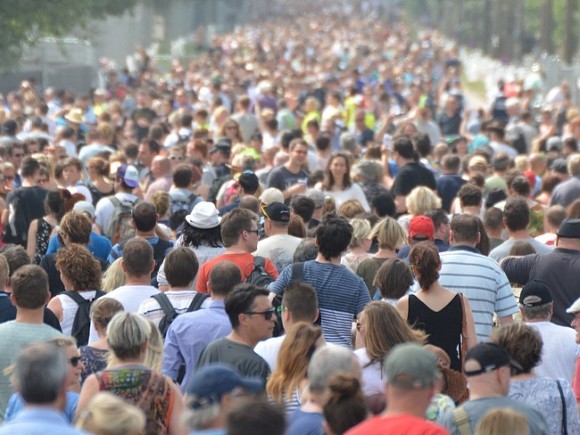 Over the next three decades, our country may be short of 14 million people, experts have warned.

Center for strategic research (CSR) together with the Higher school of Economics (HSE) presented the report dedicated to the upcoming demographic challenges in Russia. According to the forecasts of researchers, by 2035, the natural population decline in Russia may amount to 400 thousand people, and a more pessimistic scenario and 1 million people.
Show completely…

The report cites UN projections for the population growth of different countries. According to these forecasts, by 2050 Russia’s population could shrink from its current 143 million to 129 million. And with the current ninth place in the world on this indicator the Russian Federation can move by the time the 15th place, behind such countries as Tanzania, Philippines, Mexico.

According to the authors of the report CSR taking place in the demographic sphere of Russia changes are objective and logical in nature. In this regard, government policy should be not to resist the inevitable changes, and to best adapt to them.

In the report, in particular, refers to the continued depopulation of the Asian part of the country and his dismissal from the East to the West. “The shift of population to the West of the country reflects the competition of regions for human resources in terms of their apparent deficit” — experts say.

Director of research, Director of the Institute of demography HSE Anatoly Vishnevsky, in introducing the report, identified seven groups of challenges for modern Russia. First and foremost — neonatologist of the country. If in 1950 the population of the Russian Federation amounted to 103 million people, by 1992 it had increased to 148,6 million people, that is 42 years increased by almost half. The next twenty years, from 1993 until 2013, it continuously declined through attrition, wspolnych only partially due to migration.

While Wisniewski noted that, contrary to the idle claims, statistics shows the following data: until 2007 partial compensation of natural losses of almost 70% was at the expense of the Slavic population of the former Soviet republics who moved after the collapse of the country in Russia. After 2007, the source of compensation of the natural decrease dried up, and today migration the replenishment of losses of the population of Russia goes at the expense of other ethnic groups also arriving primarily from countries formerly part of the USSR.

Renewed in 2013, the natural increase of the population of the Russian Federation “was very small and he has no future, because according to official forecasts it will end soon,” — said the expert. In fact, it has already happened in 2016. In this case, according to UN forecasts, the population of Russia in the foreseeable future will be even lower than the forecasts of Rosstat.

The problem is that Russia lacks large cities. A real world level we have only one 12 millionth Moscow, plus five million St. Petersburg. All in all, the Russian Federation 15 cities, and only three of them in the Urals. All of this is very small for such a huge country as Russia.

Another demographic challenge, the report called for structural changes in the Russian demographics. The population of Russia, as, indeed, many other developed and mid-developed countries, is aging. But if in the zero years the share of people of working age continued to grow slowly, after 2012, began its decline. This continuing decline in working age population “has no precedent in the past,” the report said.

Three of the demographic challenge — a declining birth rate, high mortality, and migration. According to Vishnevsky, mortality and migration society can be affected by a number of measures. For example, increasing the funding of the health system (which in Russia accounts for only 3.5% of GDP, which is significantly lower not only than in the EU countries, USA and Canada, but even than Turkey and Brazil — 4.7% of GDP in both these countries). However, the possibility of state influence on fertility is minimal.

In particular, the example of the “maternity capital” can be traced that this measure is significantly influenced fertility only in 2007, when it was first announced and used. Low natural birth rate in modern Russia, as in other countries such a level of development, says Wisniewski. In his opinion, “the number of women of childbearing age will rapidly decline, and we will never return to such a birth, as before.”

The expert also drew attention to a well-known problem, such as insufficient suppression of high mortality among men. On this indicator Russia today “has not even reached the level of 1960-ies,” — said the expert.

However, the main feature of the demographic policy of the country is that still “there is no clear answer to the question whether the Russian people”, — says the expert. In his opinion, to date, the only substantial reserve of replenishment of the natural population decline is migration. However, the internal demographic resources in the country anymore. This is especially true of the Far East, where “no migrants from outside and their naturalization to solve the problem of replenishment of its population is impossible.”

Deputy Director Institute of demography higher school of Economics Sergey Zakharov questioned the quality of Russian statistics. He recalled that in 2016, “there have been great changes in the system of registration of births and deaths.” Demographic events began to register either at the place of occurrence or place of residence. At first, they gave priority registration to the first option, and now the second. Thus, the demographics are changing “just because changing the system of their registration,” he said.

According to the Deputy Director of the Institute of world economy and international relations Yevgeniy Gontmakher, “despite calls for CSR to increase the financing and quality of health care, we see that the processes are going in the opposite direction, and if the Russian statistics will work in good faith, then the mortality rate will increase.”

The way out of this situation, according to Anatoly Vishnevsky, is to Russia “opened the world”. Meanwhile, “in public political discourse in Russia, as in many other countries receiving migrants consistently highlighted associated with mass immigration risks of social tension and conflict, destruction of cultural identity of the indigenous population, etc. These risks certainly exist, but they do not stem from any innate qualities of migrants, and their lack of integration into the host society”, — stated in the CSR report.