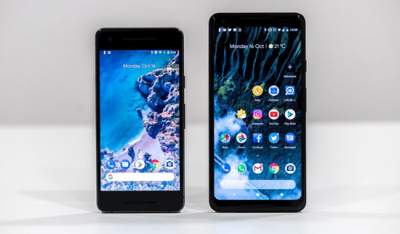 Last fall, Google made a huge amount of effort to promote Pixel 2.

In the US, the smartphone is broadcast on TV, adorned with billboards and posters. There were even launched a magazine about fashion The Chain, touting the Pixel 2.

Meanwhile, the smartphone, and the truth, turned out decent. Along with the iPhone and Samsung Galaxy, Pixel 2 headed tops the best gadgets in 2017. Why in this case Google put so much effort to its advertising? The thing in the tough competition. Never has the market been inundated with so many smartphones resemble each other like two drops of water. However, according to creative Director of Google Alberto Villarreal, monotony is not the main problem of modern smartphones.

“If you look at the industry of consumer electronics, you will see many products that look very technologically advanced and have a functional design,” says Villarreal. But, in his opinion, smartphones and other gadgets must first be created for the enjoyment and convenience of users, and not for functionality.

From the point of view of Google, pleasure and convenience of the users associated with the fabric. One of the last hardware products company, smart column Google Home, has the body covered with a cloth. Smartphone Pixel 2 is available fabric cover. And even Amazon started production of voice assistants Echo with a fabric cover.

“I think the use of fabric gives the user the feeling of something warm and organic. This product seems more comfortable and affordable. In General, we tend to pay more attention to tactile sensations, which causes the material used in our products,” says Villarreal.

No matter how nice a smartphone the touch, its main element was and remains the display. Because, according to Alberto Villarreal, in an ideal smartphone on the front panel should be nothing but screen. Even camera and speaker hole – just one display that spans from edge to edge of the device. However, due to technical limitations, this gadget is still a design dream.

According to Villarreal, when creating smartphone Pixel the developers tried to remove the front panel all that is possible. That’s because the front Pixel, no logo, and slit the front speakers made the most inconspicuous.

Google is not the only company that adheres to this vision. Today, many developers are trying to stretch the display on the front panel of the smartphone. While it is best turned have iPhone X, although developers of Apple had to compromise and make the top of the screen cutout for camera and sensors FaceID. However, there is a likelihood that systems similar to the FaceID, in the end, refuse. Was recently presented smartphone Vivo X20 Plus UD. It has a biometric fingerprint scanner hidden inside the display, and therefore does not occupy space on the front panel, unlike optical sensors FaceID. It is obvious that on the background of the race as the stretched display technology portrait of scanners looks more promising.

Probably in the future we will see even more smartphones, where the screen will occupy almost the entire front panel of the gadget. This is the opinion and Alberto Villarreal. According to him, interaction with the display is the most important part of the experience of using smartphone. And because the producers are going to continue to increase the usable area of the screen to remove the gadget all the extra items. Thus, according to the Creator of the Google Pixel, the ideal smartphone should have a large edge-to-edge display, to be simple, concise and pleasant to the touch. 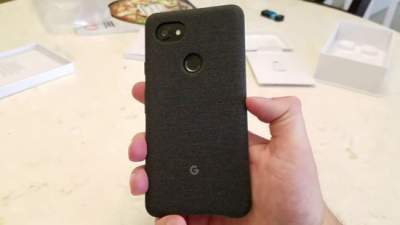