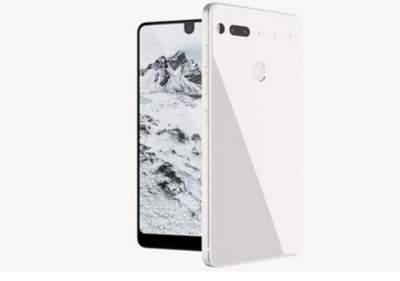 Essential Phone received a titanium case with a ceramic cap and frameless display.

Essential company founded by the Creator of Android Andy Rubin (Andy Rubin), unveiled its first smartphone. Essential Phone received titanium case with ceramic lid and edge-to-edge display, according to the website of the company.

The gadget 5.7-inch screen with a resolution of 2560 x 1312 pixels, protected glass Gorilla glass 5. In the upper part of the front panel is a notch under the front camera. It is noted that the screen is protected from accidental inclusions at the touch and water.

Essential Phone is equipped with Qualcomm Snapdragon 835, four gigabytes of RAM and 128 gigabytes of internal memory. Dual rear camera has a resolution of 13 megapixels. As in smartphones, Huawei, the second module is monochrome and is capable of capturing much more light than the main camera. The front camera has a resolution of eight megapixels.

On the back cover of the device there is a special magnetic connector, which will connect additional gadgets. Along with the smartphone was announced and the 360-degree camera. In Essential Phone no headphone Jack, but the smartphone will be equipped with an adapter.

The phone will release in four colors: black, grey, white and Navy blue. Is Essential Phone from $ 700, and the version with the 360 camera will cost $ 750.