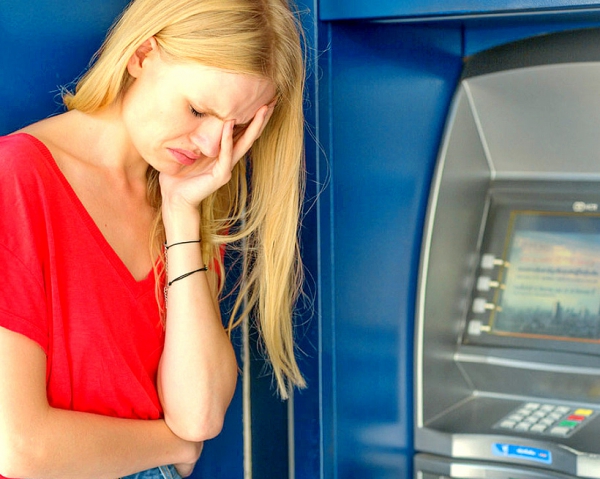 Central Bank for the first time in eight years to change the reasons for blocking the accounts.

The Central Bank will specify the characteristics for which banks are unable to calculate the customer’s actions suspicious. Issues can cause the withdrawal of cash from corporate card transactions with virtual assets and the use of Executive documents.

The Bank of Russia intends to significantly adjust the practice of banks in the sphere of AML / CFT legislation. The Central Bank has published amendments to the position 375-P, which relate to the characteristics of suspicious transactions. The list of such signs now contains more than 100 items: if the client’s actions fall under some points the Bank has reason to suspend or to refuse to conduct the transaction, and in extreme cases to terminate the contract with such customer.

The list of indicators of unusual transactions “have not been updated for the last eight years”, i.e. since the advent of the situation in 2012, drew the attention of the representative of the Central Bank. The regulator, jointly with Rosfinmonitoring year developed these signs to “eliminate obsolete and to add new scheme of Commission of unusual transactions taking into account modern development of the financial market and the overall digitalization of the technologies of banking services,” he said RBC.

He wants to change CB.

The Bank of Russia is ready to update the even common approaches to the definition of dubious banking operations. For example, the Central Bank proposes not to consider a suspicious situation when the client performs the operation in spite of high Commission, or prohibitive tariffs (symptom 1108). The regulator also removed the clause about “unusual and complex” calculations: even if operations differ from the normal practice of the client, they can not be directly attributed to the questionable, to the document. However, if the transaction “does not conform to the accepted market practice”, is the reason for increased control.

The Central Bank proposes to add to the list of questionable regular operations on cash withdrawals by individuals, if the money arrive in your account on a legal entity or individual entrepreneur. The exception is economically feasible for an operation like salary, dividends, alimony, pensions and insurance claims.

Doubtful are considered to be remote transactions that occur from one device (phone, laptop, etc.) or a group of IP addresses on the accounts of the different companies registered in different countries or belonging to different owners, and different accounts of individuals who are not relatives.

Central Bank in April 2018 required banks to consider when assessing client risk analysis device with which customers transfer money: each device has an ID number, and if the numbers match for each customer, the Bank will carry them to customers with a high level of risk.

The list of characteristics of suspicious transactions first entered transactions associated with the purchase or sale of virtual assets, although the basic law on digital of financial assets, which should regulate the industry, is still not adopted. The subject of the bill are not virtual assets, and financial assets, under which the latest version of the project is understood as digital counterparts of debentures, bonds and participation rights in equity.

The regulator has removed some signs of doubtfulness regarding the transfer of funds to accounts of legal entities and translations. But the Central Bank still intends to be suspicious of the frequent arrival of large sums on account, or a significant increase in cash.

Questions banks need to cause a situation if the revenues at the expense of the company significantly lower its expenses. In the new version of the document also appeared paragraphs about the companies that buy scrap metal, make money transfers to individuals, transfers to paying agents or to pay out of pocket for transport, tourism and medical services. Among other important additions — cash withdrawal from corporate card transactions illiquid securities, and transactions in the commodity exchanges of the EAEU, says partner of the law firm “Arbitration.ru” Vladimir Efremov.