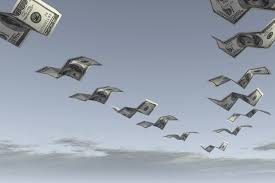 The Bank of Russia on Friday published an updated block of macroeconomic forecasts, which sharply worsened the assessment of the level of living of the population and the outflow of capital from the country.

Despite the rise in oil prices to levels above $ 40 per barrel and support measures, which President Vladimir Putin praised as “unprecedented” for the year Russian citizens will have to reduce the consumption of goods and services 6.2 or 7.2%, says the Central Bank. This is 2-3 times worse than estimates, which the regulator gave in April, estimating a decline of 1.6 to 3.6%.

To return to their previous level of purchases people will be able only in 2022-2023 biennium, according to the forecasts of the regulator. In 2021-m private consumption will recover to 4.3 and 5.3%, recouping only two-thirds of the collapse. In 2022, the Central Bank expects growth of 2-3%.

A marked deterioration in the Outlook for consumer activity was the result of weakness in domestic demand, specifies analyst at Nordea Grigory Zhirnov.

Despite the lifting of the quarantine, in June, retail sales still fell 7.7% year-on-year, and in the services sector continued double-digit collapse: minus 34.5 percent.

In the second quarter, the Russian economy fell by 9-10%, and its full recovery to pre-crisis levels will take more than two years, said at a press conference the head of the CBR Elvira Nabiullina.

“In June and the first half of July as easing of the regime of self-isolation was the revival of economic processes in Russia: the reconstructed energy consumption, consumer and investment demand, increased construction and production of consumer goods; slowed the annual rate of decline of freight turnover, industrial production,” he listed it.

“At the same time, the business and population though has improved, but overall remained cautious, given the continued high uncertainty regarding future development of the situation”, – said Nabiullina.

As for consumers, the “restoration of profits must go along with the recovery in economic activity,” said Nabiullina. In the meantime, people have returned to the previous practice, gaining Bank loans: in April, the Central Bank predicted the decline of loans to natural persons by 4-5% and are now waiting for their increase by the same amount.

Additional support measures, according to Nabiullina, are not required. “At this stage we do not see that they are necessary, because the main measures, government measures, above all, will continue this year, almost to the end of the year. This is a large serious measures which influence the economic activity,” she said.

While the population is impoverished, and the economy is at the bottom, from Russia accelerated capital outflows. At year-end net export private sector will amount to $ 25 billion, the Central Bank predicts. This is 10 billion dollars, or 66% more than the Bank was expecting in April.

The export is growing, because there is what to take out: the Central Bank raised the forecast on oil price from 27 to 38 dollars per barrel. This will increase the export earnings of the economy to 36 billion dollars, or 14%, to 286 billion.

Although compared to last year, the economy will not receive 164 billion dollars of foreign exchange earnings, the balance of currency flows will still be significantly better than the Central Bank had estimated three months ago. The balance of the current account balance will amount to 2 billion dollars (instead of a deficit of 35 billion dollars), and gold reserves will be reduced by $ 18 billion (instead of 47 billion).