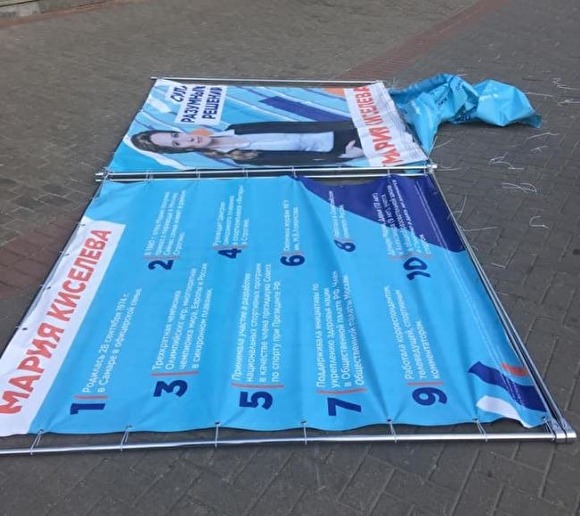 “The man with the knife lunged at Anya, Christina, shouting, “I Want to kill volunteers””

Olympic champion Maria Kiseleva, who is currently running for the Moscow city Duma, said about the attack on his aides in the Krylatskoye district. “The furious man with the knife lunged at Anya, Christina, shouting, “I Want to kill volunteers.” Girls, fortunately, ducked, then the man took chunks out of the cube, Newspapers, flyers! Imagine what it could end,” Kiselyov wrote on his page in Facebook.

According to her, the police detained the man in hot pursuit, he was sent for a medical examination. “I’ll go with the statement on the conduct of the preliminary investigation to determine the actions of this person of signs of structure of a criminal act. It needs to be held accountable,” wrote Kiselyov.

Elections to the Moscow city Duma of the seventh convocation will be held in a single voting day, September 8. All 45 deputies are elected in single-mandate constituencies. Among those who volunteered to participate in the election of the lawyer of Fund of struggle against corruption Lyubov Sobol, a former assistant chief editor of “Echo of Moscow” Les Ryabtseva, actor Andrey Sokolov, a former football player of Russian national team Dmitry Bulykin, a member of the political party “Yabloko” Sergei Mitrokhin.