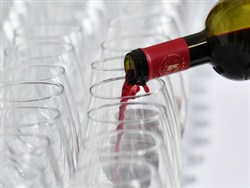 A glass of red wine a day will not reduce the risk of developing cardiovascular diseases, said chief of cardiac surgery, SMRC of surgery named after Vishnevsky, Ministry of health of Russia, cardiovascular surgeon Vadim Popov. It is reported by RIA Novosti.

According to the doctor, to maintain heart health need to lead an active lifestyle and a healthy diet. “Most of us are confident enough to eat the right product, you need to drink a pill and all will be well. It does not happen”, — said Popov.

The expert added that the effect of the wine are not scientifically confirmed and studies on patients, have not shown much effect of the drink on the heart. From this it follows that to use wine as prevention —is meaningless, said Popov.

Last summer an international group of scientists from France and the UK found that those who fully refuse alcohol or consume more than 140 grams of pure alcohol per week increased the risk of dementia. According to researchers, alcohol can protect the brain, however, you should consider all associated risks, including liver disease and cancer.