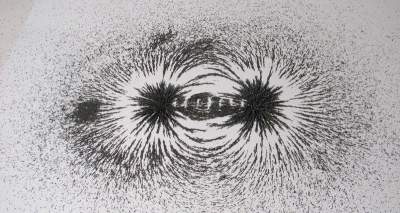 This will help scientists to map the objects in a completely new scale.

MRI technology is well-known to physicists for a long time, but its true potential begins to unfold just now. With the help of the scanner and the laser system scientists photographed the molecule at ultrahigh resolution.

The apparatuses of magnetic resonance imaging (MRI) in hospitals doing a great job with creating images of the human body. For decades scientists had hoped that the same technology can be used to study much smaller things, like individual molecules.

Expectations have been met: a team of researchers from Canada and the United States developed a new method for MRI with a resolution down to two nanometres in width, a single strand of DNA.

To study the properties of atomic nuclei, scientists combined the special magnetic field generator and the laser system. The invention can be compared with a kind of an ideal set of dyes, a microscope and tweezers, which allow you to create incredibly detailed images of how the protons behave in space with a width of 2 nanometers.

This plant – a versatile tool for studying the characteristics of molecules are not only biological, but also any other microscopic systems.

On a large scale this allows you to get gorgeous pictures of the structure of tissues, in small – to determine the structure and characteristics of individual molecules.

According to an article published in the journal Physical Review X, the team headed Budakan Raffi (Raffi Budakian), Professor of the Institute for quantum computing Waterloo, the present task is to determine the fundamental properties of particles generated by the magnetic field.

So, what is the essence of the study? A tool called the source of field gradient focusing current (CFFGS), creates a strong magnetic field, which changes rapidly over short distances. This allowed the researchers high resolution to identify the frequency of the radio emission of the nuclei and their sources.