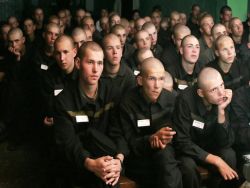 The acquittal rate in Russian courts continued to fall, said the Supreme court in the annual statistical review.

First and foremost, avoid punishment those who are accused of committing corruption crimes, according to “Vedomosti”. And we are talking almost exclusively about the recipients of the bribes, not those who charged in their country.

Almost the only category of corrupt, does not fit into the General trend is the givers. They almost never justified: 3590 man is innocent last year admitted only five (0,14%), and the year before – just three of 5219 (0,06%).

Most likely to justify, as follows from statistics, have accused of ballot rigging and violation of electoral rights (articles 141, 142 and 142.1 of the criminal code). Last year, when the elections were held in the state Duma, of the 23 accused persons of such crimes was acquitted of two (8,7%).

The Deputy Director of “transparency international – Russia” Ilya Shumanov notes that the main defendants in corruption cases, as a rule, officials. Then there are people who are integrated into the local elite, so they always have a chance to find understanding from the judges who are also members of the local elite. He recalls that at the time, “transparency” has been achieved the initiation of the case on abuse of office against the head of the administration of Neman district of Kaliningrad Sergey Waskowska, but the court acquitted him. And only when a higher court, the conviction was overturned, the court found the officer guilty but then pardoned: so it works, explains Schumann.

We will remind, in December of 2016, the head of the Supreme court Vyacheslav Lebedev urged the community not to dwell on the fact that out of the total number of sentences in Russia less than 1% acquittals.

According to the head of the armed forces, the acquittal can be just as harmful as indictments if it is made without sufficient grounds.

“It is necessary to justify only if there are grounds”, – said the head of the armed forces.