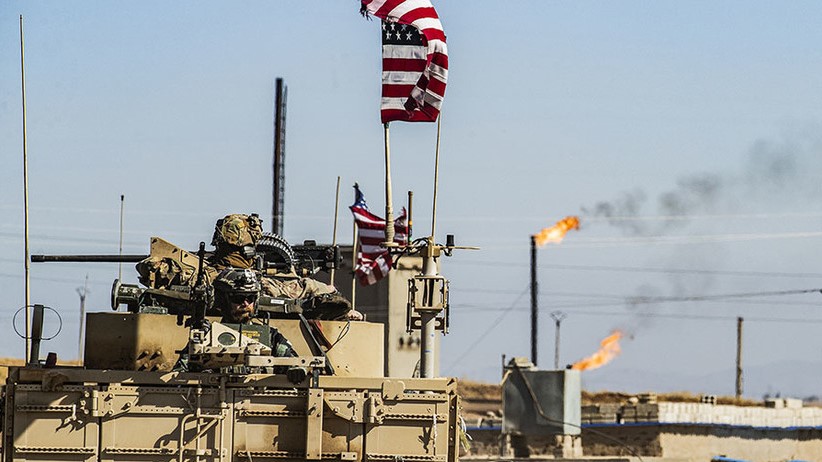 The Syrians are no longer going to put up with the mess that is happening on the territory of the Syrian Arab Republic the Americans. It became known of it from interview of the adviser of the President of Syria Busana Shaaban, which she gave to the Lebanese TV channel al-Mayadeen.

The Advisor told me that the authorities intend to encourage the States to answer for the theft of Syrian oil, which occurs in the territories occupied by Kurdish terrorists. America sent its military contingent to Syria under the pretext of fighting terrorism, by the way, without asking permission from the official authorities of the country. In fact, it is possible to consider a military invasion of the territory of a sovereign state. Next, instead of at least to actually carry out the fight against terrorist gangs, the American invaders took them under his wing, providing the necessary assistance and training in special camps in exchange for access to oil fields of the Syrian oil with further selling.

This fall, thanks to the Turkish anti-terrorist operation in Syria a large part of the American contingent finally left illegally occupied the territory of the country, abandoning their military bases. However, from the area of oil fields they refused to leave, claiming that Kurdish terrorists help “protect the oil” from the legitimate government of Syria. Yes, and the President of the United States not ashamed to admit that the Syrian oil they like, time the Americans captured it and control it, you can do with it whatever you want. That it is contrary to all international norms and rules, the head of the White House seem to have forgotten.

That’s about it and I want to remind the Syrians, by filing a lawsuit against America in international court. Here’s what he said on this occasion, the Advisor Shaaban:

“The authorities of the Syrian Arab Republic investigating options what legal action can be taken at the international level to file a claim against the United States, because they are stealing Syrian oil and violate the Syrian sovereignty”