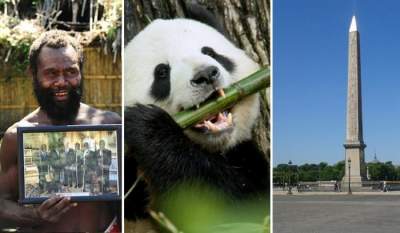 10 unusual diplomatic gifts, which at different times received by the world leaders.

Diplomatic gift between countries can have different meanings: it can be a symbol of peace and unity between the two countries, it can serve as a sign of gratitude for their assistance or as a Declaration of domination over some place. But history knows cases when such gifts took a very strange form.

1. Sheath for the penis 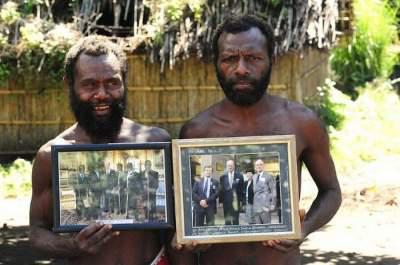 In the Republic of Vanuatu (South Pacific) is the island of Tanna, where there is a very strange religious cult: here worship Prince Philip, husband of Queen Elizabeth, as to a deity. This cult originated in the mid-twentieth century, and local people believe that Philip is descended from one of their spiritual ancestors.

On the island every family has photos of Philip in frames, as well as a keeping newspaper clippings about him. Tanna pray Philip that he helped with the harvest and weather, and also believe that when he shows up on their island, then all will be blessed with prosperity and health. The islanders also regularly send gifts to Philip. In 2010, they surpassed themselves by sending consort Queen sheath for the penis as a gift. Wore her Philip, history is silent. 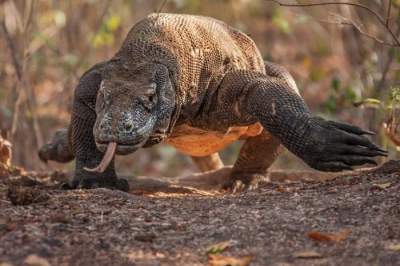 The Komodo dragon is the national animal of Indonesia and presentation of this reptile as a gift is considered a great honor. In 1986, when Ronald Reagan visited the Indonesian island of Bali, President Suharto gave him as a gift a couple of Komodo dragons. Subsequently, the lizards were transferred to the presidents gift to the National zoo in Washington, DC. Four years later, in 1990, Suharto gave the identical gift to President George Bush. This time the lizards gave to the Cincinnati zoo. In the end they managed to successfully breed in captivity. 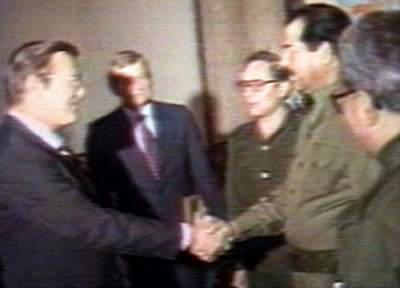 In the period between 1983 and 1984, Donald Rumsfeld, the US representative in the middle East, several times met and talked with Saddam Hussein to create closer ties between the two countries. It was the middle of the Iran-Iraq war, and for US it was important to establish good relations with some of the countries in the region. During these meetings, Rumsfeld shook hands with Hussein and called him “Mr. President”.

Some of the gifts that Rumsfeld handed Saddam, was quite funny: for example, medieval hammer and gold studded cowboy boots, but the second podarke Iraqi dictator shocked everyone. Wanting to create tension between the US and Syria, and even to obtain U.S. support for a potential invasion of Iraq to Syria, he gave Rumsfeld a video that can be seen on the page representative.

Blurred black-and-white film contains footage of female soldiers, otkazyvaya heads of live snakes, and young soldiers, stabbing a dog to death. They do this with the explicit approval of the then Syrian dictator Hafez al-Assad. The video was made to show the brutality of the Syrian regime.

4. The Royal menagerie of exotic creatures 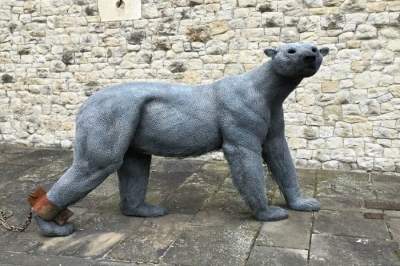 When William the Conqueror gained control of the English crown after the battle of Hastings in 1066, he began to build a series of channel locks to help fortify their defenses. Tower of London, built in the year 1078, was one of these castles. At one time the tower was a whole menagerie of animals. For example, in the thirteenth century John of England was kept in the castle of lions. His successor, Henry III received a gift of three leopards from the Holy Roman Emperor Frederick II.

Interestingly, these three leopard, which he used on his coat of arms, still often found in the form of English sports teams. Also Henry III received a gift to your zoo an African elephant from Louis IX and the polar bear from the Norwegian king Haakon IV. All of these animals were kept in the tower. 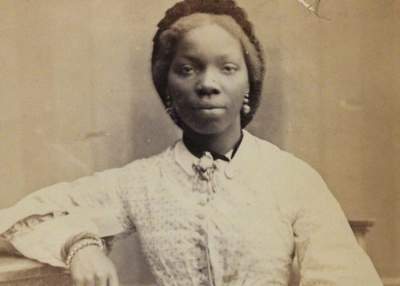 In 1848 the king of Dahomey (now part of Benin in West Africa) Gezo went on a RAID on a neighboring enemy tribe. During this RAID, was captured by a five year old girl whose parents were killed. At first it was thought to sacrifice. Fortunately, a few years later a British naval officer named Frederick Forbes was able to persuade king Gezo to give the baby to Queen Victoria. A girl named Sarah Forbes Bonetti and brought to England on the cruiser Bonetta.

The Queen was so impressed with the intelligence of Sarah that she was her godmother and paid for her tuition and housing. Sarah eventually returned to Africa (this time in Nigeria) with her husband, captain James Davis. Here the couple had three children, but Sarah eventually died of tuberculosis at the age of 37 years. Queen Victoria then paid for the education of her children. 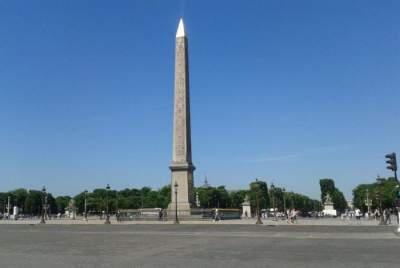 A pair of obelisks, depicting scenes from the life of Ramesses II and Ramesses III standing in the historic Egyptian city of Luxor for over 3000 years. However, the Egyptian ruler Muhammad Ali clearly was not interested in the past. He modernized the Egyptian army, education and agriculture. Wanting to preserve good relations with the French (who occupied Egypt during Napoleon Bonaparte), he sent to king Louis Philippe I to gift one of these obelisks in 1833.

Originally wanted to send both of obelisk, but the transportation cost of 2.5 million francs was too expensive). Instead, it was suggested that another obelisk will remain in Luxor, as a symbol of peace between the two countries. Made of red granite a 22-foot obelisk weighing over 250 tons and today stands in the centre of Paris.

As a way of maintaining good relations and creating a positive image of the country is often presented officially to each other animals of the Chinese “Panda diplomacy” is perhaps the best example of such gifts. Although this practice is intensified in the twentieth century, it actually dates back to the Chinese ruler Wu Zetian, who gave the Panda to the Japanese in the VII century. As a thank you for joining US during the Second world war, China sent pandas to the Bronx zoo. However, since 1984, pandas have stopped giving diplomatic purposes. Integrated to this, China offers pandas to zoos in the 10-year lease for $ 1 million a year. 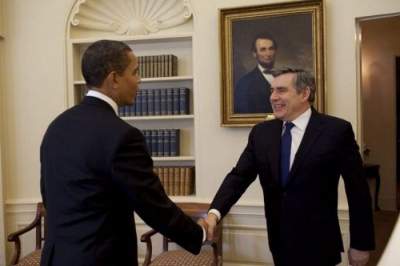 Barack Obama clearly did nothing good for American-British relations its diplomatic gift exchange with Prime Minister Gordon brown in 2009. Obama gave brown 25 DVDs of American classic movies. This would be an acceptable gift, if not two “but”.

First, in the US and the UK are different region codes for DVDs, and the disks simply did not work in the UK. Second, brown has spent more than $ 16,000 dollars on their gifts to Obama. For example, it was biography of Winston Churchill and a pen made from wood of the anti-slavery ship HMS “Cormorant”. Moreover, the “Cormorant” was a sister ship HMS “Resolute”, the wood of which was used for the manufacture of the Desk in the oval office in 1880. 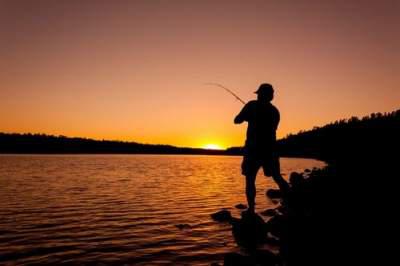 Perhaps the cheapest gift lately is a gift that the Moroccan king sent George Bush — it was a jar of bait for $ 3. Fortunately, this was not all (Bush also received a precious inlaid dagger). But it was not only bizarre gift that Bush received during his presidency. The Polish President sent him a book on terrorism, and the Argentine – 136 kg of meat of lamb.

10. The remains of Napoleon II 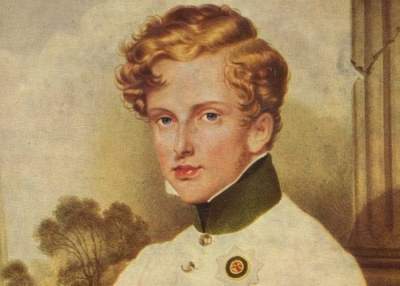 The son of Napoleon Bonaparte, Napoleon II is not particularly famous and died of tuberculosis in 1832 at the age of 21 years, after which he was buried in Austria. More than 100 years later, in 1940, Adolf Hitler had a successful invasion of Holland, Belgium and France within a few months. France was divided into two parts : the North, occupied by Germany, and the puppet Vichy regime in the South, led by Philippe Petain. Hitler had to ensure the credibility of Petain in this area, and not come up with anything better than send the ashes of Napoleon II in Paris as a diplomatic gift.