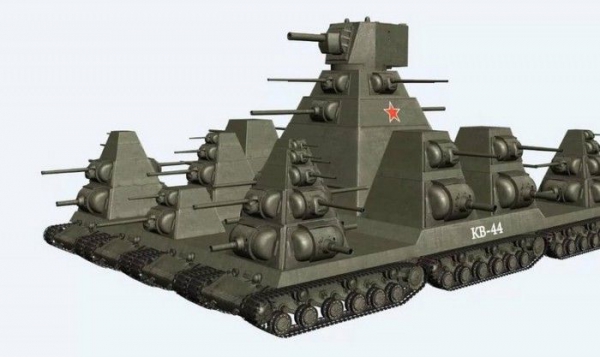 The idea to create a tank that would be able without damage to itself to ruin any opponent’s defense, not once arose in the minds of military leaders. Work to create a super tank was conducted in the 30-ies of the last century, specialists of many countries, including the USSR. The idea of superheavy battleships formed the assumption that the increase in machine size and the thickness of the armor will give a significant advantage in its power and security.

In early 1930 at the request of the Soviet Union was invited by the German engineer Edward Grote to assist in the design of armored vehicles. They developed several variants of heavy machinery, one of which was the “land battleship”.

This huge machine, the idea of the author was to have six towers with different weapons, 300 mm frontal armor, three caterpillars, four ship engine power of 24,000 HP each.

Steel giant weighing 1 000 tons had to serve 40 people. But due to the large bulkiness and the complexity of the design, the implementation of this project was unreal.

All the pre-war development of heavy tanks showed that to create a heavy machine weighing several hundred tons does not make sense. Because of their slowness, they become easy prey to enemy artillery.

Shipping them to the destination, due to the large weight, once assembled, is impossible. When moving independently, the chassis is experiencing a huge load and quickly fails.

The construction concept of heavy tanks was amended. Design teams were tasked with creating a combat vehicle weighing about 100 tons. Work on projects of new machines began to boil at the beginning of April 1941.

The first “swallow” in this project, steel tanks KV-4 and KV-5. Heavy cars weighing 80 tons and 100 tons were identical, differed only in the thickness of the armor. To them have prevented the outbreak of the Great Patriotic war.

After the war, work on the development of heavy tanks continued. One of the most powerful and became heavy tank is-7. Machine weighing 68 tons had excellent armor. The engine capacity of 1050 HP allowed to disperse the car up to 60 km/h on the highway.

In 1957 came another development of the Leningrad tank builders – tank, named “object 279”. He, at least by weight and not fall under the term superheavy, but the thickness of its armor allows it to classify this category of vehicles. The thickness of the walls of the tower – 30.5 cm, frontal armor – 27 see, Such protection is obtained thanks to the special hull design reminiscent of a flying saucer.

The tank was fitted with a 130 mm rifled gun. To reduce the ground pressure of the tank is provided with two paired tracks, but using this solution have reduced his maneuverability, and that was the obstacle to launch its serial production.

At the end of 60-s years in USSR on the creation of heavy tanks was discontinued. 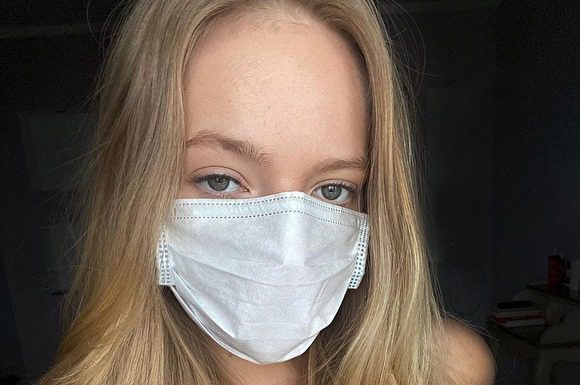