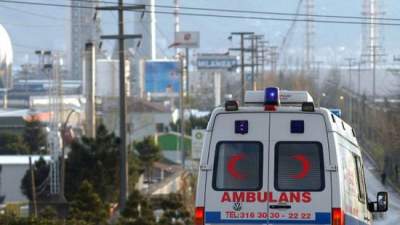 The child fell from the fourth floor balcony of the hotel.

In the Turkish province of Antalya killed seven-year-old girl from Russia.

About it reports a source in the Russian Consulate General.

According to the Agency, the child fell from the fourth floor of the hotel. The girl was taken to a city hospital Managvat in serious condition, but to save her doctors could not.

According to the portal NewsTurk , the girl was on vacation with grandma and grandpa. She went out of the room into the corridor, leaned over the railing and fell on the concrete floor.